Ministry of Defense urges the people not to post about the UAF operations on social media, as it does damage to the military 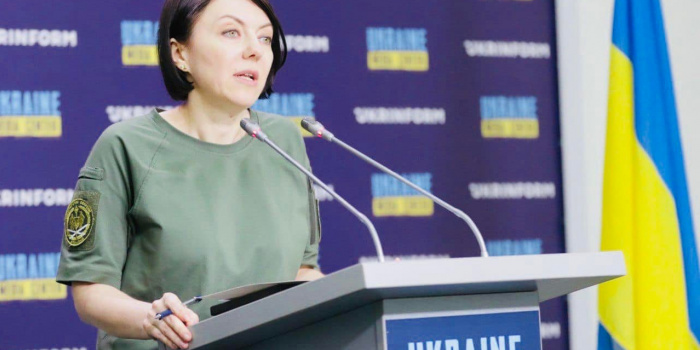 Deputy Minister of Defense of Ukraine Hanna Malyar urges not to disclose information about military operations of the Armed Forces until the official sources release their statements, as this does damage to the military and complicates the implementation of missions.

"Even if you have your own sources of information on the front line, you should not post any details about the UAF military operations on social media. Especially since tactical level sources do not have the grasp of the whole situation, they only have an idea of ​​a fragment of it," she wrote.

Malyar added that now two former People's Deputies and one current one have started posting about the weapons used in the Kherson vector, about good news from Kherson, about some streets in Kherson being liberated, etc.

"And this does damage to the Armed Forces. Information about the liberation or loss of a settlement provided prior to the completion of the operation is considered inappropriate. Wait for official information from the General Staff," she said.

Malyar also stressed that during the war, military information is deliberately published with a delay – such is the martial law rule on informing the people.

"This is due to military expediency considerations during operations and security efforts. This means that disclosing or distorting information about the details of a military operation before it is published by official sources (the Ministry of Defense or the Armed Forces) does damage to our Armed Forces and complicates their missions," said Hanna Malyar.

It will be recalled that on June 22, former MPs Ihor Mosiychuk and Vitaliy Kupriy said that the people can expect "good news" about Kherson and that the Ukrainian military had allegedly secured four streets in Kherson.