Funeral for Oleksandr Makhov to be held on May 9 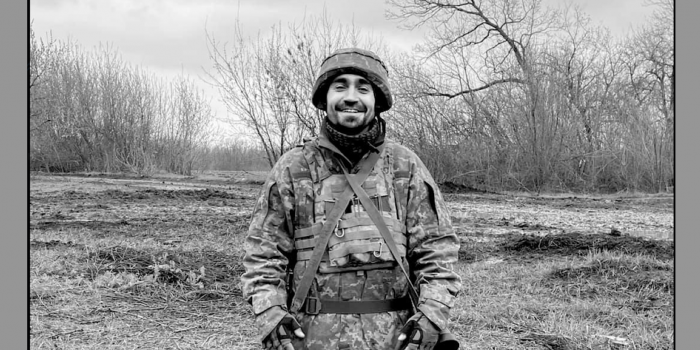 A funeral for Oleksandr Makhov, a journalist and serviceman of the Armed Forces of Ukraine deceased on May 4 while defending Ukraine from russian aggression, will take place on May 9 at St. Michael's Cathedral in Kyiv.

This was announced by his fiancée Anastasia Blyshchyk.

"Farewell to the beloved, friend, colleague, Hero Oleksandr Makhov will take place tomorrow. The funeral mass will take place at 12:00 at St. Michael's Cathedral. We will say farewell to Sashko at the Berkovets Cemetery at around 15:00," she wrote.

On her own behalf, Anastasia asked everybody to bring "only real flowers."

As IMI reported, Oleksandr Makhov, a journalist and serviceman of the Armed Forces of Ukraine, died on May 4 near Izyum, Kharkiv region, due to shelling by the occupiers.