Freedom of speech has not improved in Ukraine, its raising in RSF's index is only technical - Oksana Romanyuk 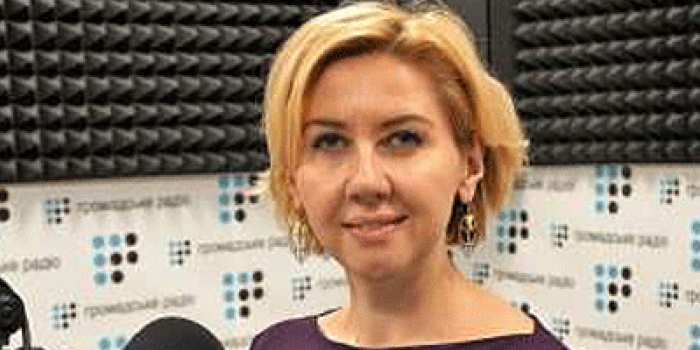 Raising of Ukraine in the ranking of Press Freedom Index issued by the international human rights organization Reporters sans frontières is a technical one, the organization noted deterioration of press freedom in Ukraine, as the Executive Director of the Institute of Mass Information Oksana Romanyuk said commenting on the newly published Press Freedom.

"Freedom of speech has not improved in Ukraine, and upgrading of its position is only technical, due to downgrading of other countries. On the contrary, viewing the aggregate score, Reporters sans frontières recorded some deterioration of freedom of speech in Ukraine," Oksana Romaniuk said.

As Oksana Romanyuk said, impunity and physical aggression against journalists, pressure from media owners, underfunding of the Public broadcaster remained the main challenges.

Reporters sans frontières made public its early World Press Freedom Index, and Ukraine raised by six positions, taking 96th position in 2020. At the same time, Ukraine lowered its score by 0.06 points. That is, the improving of Ukraine ranking was due to the worse performance of other countries.

For the first time for last three years in Ukraine, the journalist was murdered. On June 20, 2019, Vadym Komarov, journalist in Cherkassy, died. He never emerged from drug coma after the May attack..