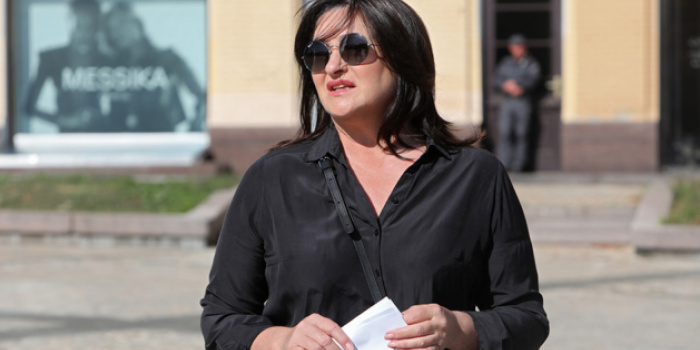 Ukraine has lost two-thirds of its broadcasters in the occupied territories. Olha Herasimyuk, the head of the National Council on Television and Radio Broadcasting, spoke about this on the United News telethon, Detector Media reports.

"In Kherson, four TV companies have been, so to speak, stolen from us by the aggressor, as well as five radio companies, seven providers," she said.

At the same time, Herasimyuk announced the occupiers' intentions to broadcast their own channel under the logo "Tavria." Therefore, she warned the residents of the occupied territories and advised to be vigilant, even if the new channel is in Ukrainian.

The head of the National Council also mentioned that broadcasting "under the VTV Plus brand" was resumed in Kherson the other day. At the end of April, the channel had aired several interviews with Volodymyr Sald, a former mayor of Kherson and a people's deputy who sided with the russians and declared himself the "leader of Kherson region" on the occupying power's assignment. He has been declared a suspect for treason. VTV Plus is a member of the National Media Association. According to NMA Executive Director Kateryna Myasnikova, the channel stopped broadcasting on May 2, after the occupiers tried to impose their editorial policies on it, and before this, they had tried to cover the events in a neutral way.

Now, as Kateryna Myasnikova told Detector Media, the TV company has been seized by the occupiers, the management of VTV Plus has informed the National Council about the seizure of the studio and its premises, and asked to take measures to temporarily suspend the license.

Olha Herasimyuk also added that during the hot phase of the war, Ukraine has lost 284 frequencies, and 800 frequencies before that.

As IMI reported, the National Television and Radio Broadcasting Service informed the SSU that the Kherson TV channel VTV Plus had started cooperating with the aggressor state's accomplices and collaborators.

The National Council also asks to enable them to revoke the licenses of collaborating companies at its discretion through a simplified procedure.