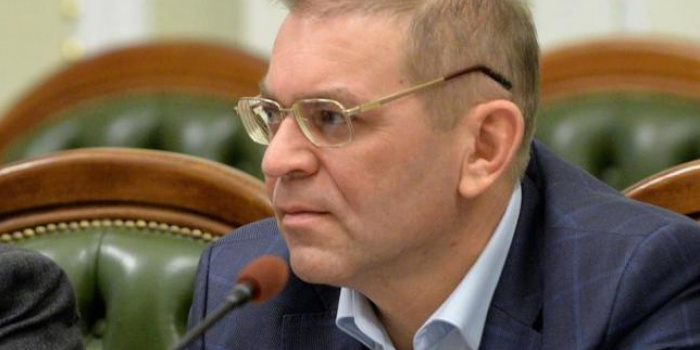 On January 21, the Podilskyi District Court in Kyiv dismissed a defamation lawsuit filed by former MP Serhiy Pashinsky against the newspaper Novoe Vremya and its journalist Ivan Verstyuk, as NV reported.

“Today, Podilsky District Court has put an end to the case of ex-deputy Serhiy Pashynsky against NV and against me. The judges found we have the truth. Pashinsky demanded the magazine to retract about his involvement in corruption arrangements in defense sector. He sent a four-page story about the "Kremlin hybrid war" which targetted him among other. Pashinsky demanded NV to publish his photo on the cover and inside to publish his article, ” Ivan Verstyuk wrote on his Facebook page.

As IMI reported, on April 17, 2018, the Chairman of the Verkhovna Rada Committee on National Security and Defense Serhiy Pashinsky filed libel action against LLC “Publishing House Media-DK” (“NV”) for a story “Ttwo comrades were serving” that revealed some corruption schemes involving senior officials in the defense sector.

On April 12, 2018, the editor-in-chief of Novoe Vremya Vitaliy Sych claimed about threats to the editorial board from persons whom the story was speaking about. In particular, the threats from the chairman of the Verkhovna Rada Committee on National Security and Defense and former head of Ukroboronprom Serhiy Pashinsky.

Serhiy Pashinsky wrote on his Facebook page that he respected the professional work the journalists did and would never allow himself to threat them.

On April 18, 2019, the chairman of the Verkhovna Rada Committee on National Security and Defense, Serhiy Pashinsky, initiated some  amendments to the legislation that imply responsibility, including criminal one, for disseminating false information that undermines Ukraine's defense capability.