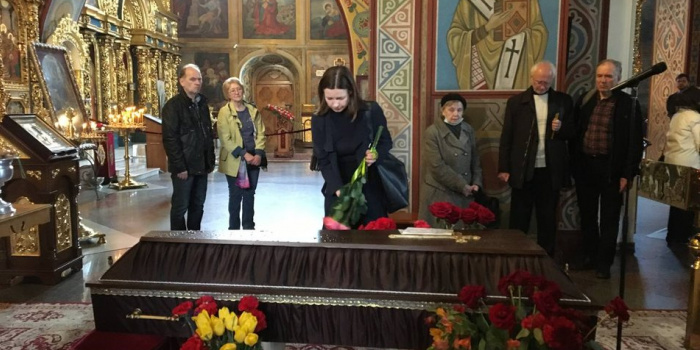 A farewell ceremony for Radio Liberty journalist and producer Vira Hyrych, who died when a russian missile hit her apartment building, was held at St. Michael's Golden-Domed Cathedral in Kyiv, Suspilne reports.

Among those who came to say goodbye to Vira Hyrych was her colleague Yevhen Solonina. "During this war, the big phase of the war, which started on February 24, Vira's death was and is my greatest pain. Among the several thousand deceased people – Vira, she, in fact, took the blow which was addressed to Kiev. Probably the only person who died that evening in Kyiv, her apartment being directly hit by the russian missile," the journalist said.

Vira Hyrych was born in 1967. She had worked on Ukrainian TV channels for a long time, and in 2018 she began working with Radio Liberty as producer and journalist. The woman is survived by her parents and an adult son.

As IMI reported, Vira Hyrych (born in 1967) was killed as a result of a russian missile strike on Kyiv on April 28, when the UN Secretary General was visiting the city. The body of the dead journalist was found under the rubble of her apartment building on the morning of April 29.