Era-Media gets under sanctions of NSDC 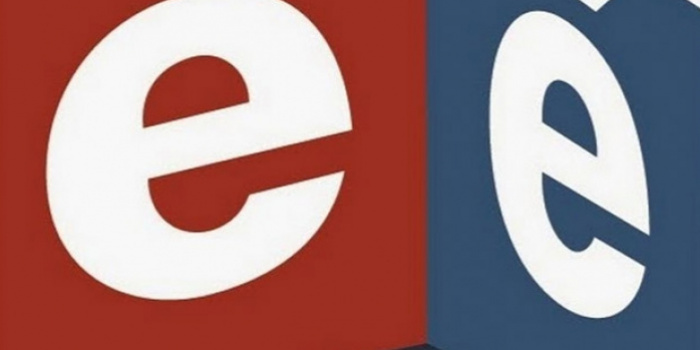 Era-Media LLC fell under the sanctions of the National Defense and Security Council of Ukraine, imposed on August 21 by the Presidential Decree №378 / 2021.

The sanctions include blocking access to Era-Media resources by Ukrainian Internet providers for a period of three years. In particular, to eramedia.com.ua, nabu-leaks.com, nabu-leaks.org, nabu-leaks.info, nabu-leaks.net. Sanctions were also imposed on the head of Era-Media Anton Symonenko.

The sanctions include blocking access to companies' websites, as well as to Behemot Media and the Only News news agency.

As IMI reported, on August 21, President of Ukraine Volodymyr Zelensky put into effect the decision of the National Security and Defense Council (NSDC) of August 20 "On the application of personal special economic and other restrictive measures (sanctions)."

On August 20, the NSDC imposed sanctions on the Shariys, Anatoly and Olga, and the editor-in-chief of Strana.ua, Igor Guzhva. The Strana.ua online edition was also banned.

The US Treasury Department explained that these companies were part of the Russian network of external influence connected with the MP Andrei Derkach. In September 2020, the United States imposed personal sanctions against three Russian citizens and a Ukrainian citizen, MP Andriy Derkach, for interfering in the election process.

According to Washington, Andriy Derkach maintains close ties with Russian intelligence and has been an active Russian agent for more than 10 years. In the midst of the US presidential race, People's Deputy Andriy Derkach released recordings that he said allegedly recorded talks between Fifth President Petro Poroshenko and former US Vice President Joe Biden, as well as with Russian President Vladimir Putin. Later, Alexander Dubinsky and Andriy Derkach at a joint press conference required to investigate the alleged corruption of Joe Biden. They initiated the creation of a temporary commission of inquiry in the Verkhovna Rada on the "Derkach films".

On July 12, 2017, PJSC “National Public Television and Radio Company of Ukraine” and LLC “Era-Media” concluded an agreement №318-16 / 4, according to which “Era-Media” developed the program “Good morning, Ukraine!”, which is aired live on UA: Pershyy from Monday to Sunday inclusive.

In June 2018, NPTU decided to terminate the contract dated July 12, 2017 with Era-Media to broadcast “Good morning, Ukraine!” In their opinion, the program violated the standards of journalism that did not abide by the principles of the Public Broadcasting. The NPTU sent the relevant letters dated June 5, 2018 and June 7, 2018 to Era-Media, which claimed that the letter had been sent too late, so the contract should be automatically extended for one year.

The trials between Era-Media and NPTU lasted from June 2018 to 2019. Era-Media has launched five lawsuits to force NPTU not to shut down the “Good Morning, Ukraine!” program. From its part, Era-Media also wanted to sue NPTU for almost 127,000 UAH (about $4729) for broadcasting the program "Good morning, Ukraine!" from July 2018 to July 2019.

On April 25, 2019, the Supreme Court recognized the agreement between Era-Media LLC and the National Public Television and Radio Company of Ukraine (NPTU) extended from July 10, 2018 to July 10, 2019.

In July 2019, NPTU and Era-Media agreed that the morning program "Good morning, Ukraine!" will be broadcast on UA: Pershiy TV channel until July 2020.

From July 11, 2020, due to expiration of the contract, the morning program "Good morning, Ukraine!" created by Era-Media LLC at the request of NPTU, will be ceased to broadcast on UA: Pershiy TV channel .

The owner of Era-Media LLC is the MP Andriy Derkach.