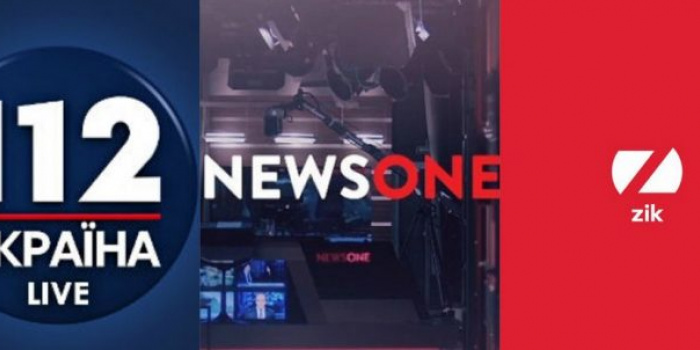 The International and European Federations of Journalists have condemned the sanctions targeting the TV channels related to the MP from the OPFL Viktor Medvedchuk. This is said in a statement issued by the organizations on February 3, as Radio Liberty reported.

The organization called the measures an " an extra-judicial and politically motivated ban and a blatant attack on press freedom that must be urgently reversed".

" This arbitrary and politically-motivated ban is unacceptable in a democracy. The ban puts at risk the job of hundreds of media workers that have nothing to do with their media owners’ political affiliations. The IFJ calls on the Ukrainian authorities to lift the ban and respect freedom of information and speech.”, ” as Anthony Bellanger, International Federation of Journalists General Secretary, said.

“Banning broadcasts is one of the most extreme forms of restricting media freedom. These bans should only be applied in very exceptional circumstances. States have a positive obligation to guarantee effective media pluralism. The manner in which the licensing process is applied must provide sufficient guarantees against arbitrariness, including the proper reasoning by the authority of its decisions denying a broadcasting license. It seems clear that the presidential ban is not at all in line with international legal standards on Freedom of Expression and the broadcasting media”, ” as Ricardo Gutierrez, Secretary General of the European Federation of Journalists, said.

On February 2, TV channels 112 Ukraine, ZIK and NewsOne claimed that the decision to impose sanctions was political crackdown and they would fight to defend their right to continue broadcasting, as this is said in the statement of the television media holding "Novyny" - "112 Ukraine", NewsOne and ZiK, which was made public on February 2

On February 3, several NGOs and media experts said that sanctions against Medvedchuk's TV channels, namely “112 Ukraina”, NewsOne and ZIK did not pose threat to freedom of speech, since they were employed as tools of foreign influence and repeatedly threatened Ukraine's information security. This is said in a joint statement published on February 3 by the Ukrainian Crisis Media Center. The NGOs said that suspension of activities of these channels was a step towards increasing the information security of Ukraine.