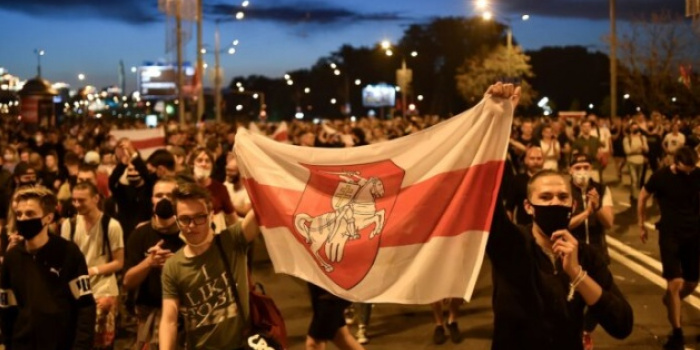 In Belarus, the Stalitsa Radio Group resigns as a mark of protes, as the radio host Valerii Kondratiev said to “Nasha Niva”.

"Since Monday (August 17th. – n./ed.), radio employees went on strike, joining the national wide protest. No entertainment programs have been aired since the morning. Only sports news and weather were aired during the day. On Tuesday, we have been told that we would be fired, what the staff consented to, to be fired like that," he told.

He said that on the evening of August 18, the directors suggested not to air news or entertainment content.

"Today (19 August) – n./ed.) , almost all the staff passed the decision to send letters of resignation, which we have done," he added.

11 people are resigning, including the radio station's director, deputy director and music editor.

What happens next with the radio station, Kondratiev doesn't know. "There may be a change in format or frequency will be taken bythe First National Channel of Belarusian Radio," he said.

As IMI reported, the entire staff of the Zvyazda newspaper in Belarus quitted after the Ministry of Information dismissed its head editor-in-chief of the Zvyazda publishing house Pavlo Surokov.