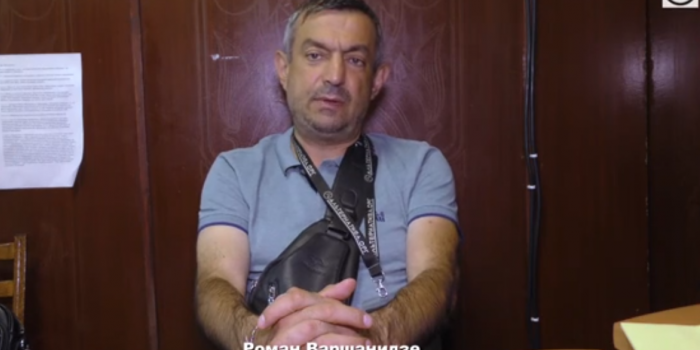 On October 17, Roman Varshanidze, editor-in-chief of the local publication Alternativa.org, was beaten in the village of Velykodolynske (Odessa region), as Dumskaya reported.

The victim was diagnosed with bruising and brain concussion. He received first medical aid at the hospital.

According to the National Police in Odesa region, the editor-in-chief was attacked by three unknown individuals, as he was trying to film the report, and he got minor bodily harm, tissue contusions and brain concussion. The victim was taken to the hospital and got duely treatment.

The police officers described the incident as a threat or violence targeting the journalist and entered information into the Unified Register of Pre-trial Investigations under Part 2 of Art. 345-1 of the Criminal Code of Ukraine. Measures are being taken to identify the perpetrators of this offense.

As IMI reported, on September 9, 2020, the editor of the online newspaper "Alternativa.org" Roman Varshanidze, published in the district center of Ovidiopol, Odessa region, went public and said he and his colleagues, they had been threatened by some representatives of the former chairman of the local council Timur Khasayev.

On August 25, in Ovidiopol (Odeska region), journalist and chief editor of local newspaper “Naddnistrianska pravda”, Roman Varshanidze, was cruelly beaten. He says this is related to his professional activities, “Dumska” reports. According to Varshanidze, the incident took place on August 25, about 21:30. “When I was returning home, I was assaulted by people armed with iron clubs. After being hit in my head, I started defending myself, and this caused one of the attackers to lose his car keys, which enabled identifying him very expediently”, the journalist said.

The attackers were later detained. The criminal proceedings under part 2 of Art. 345-1 - “Threat or violence against a journalist” has been opened over that incident.