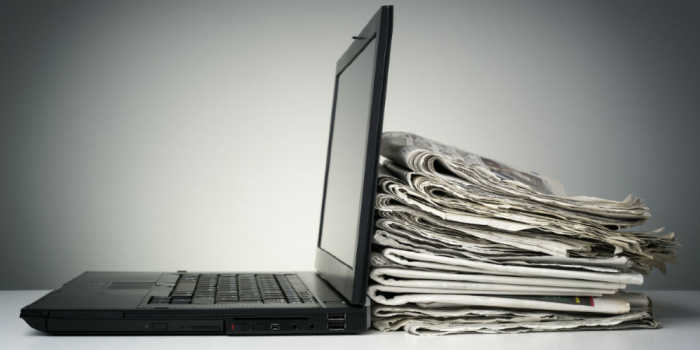 Several prominent media, Ukraynsky Tyzhden, Novoe Vremya, Fokus weekly magazines and Fakty i kommentarii daily newspaper have suspended its printed editions because of quarantine, which is due to end on April 3, as Detektor Media reported.

The closure of printed editions was due to shut down of points of sale and blocked logistics, as  the distribution and sale operations have been ceased for the period of quarantine.

Instead, editorial boards are offering electronic versions of its publications. Thus, Ukrainsky Tyzhden is going to resume publication of printed version, as soon as it will be possible to get back to the points of sale. The electronic version of the magazine is available here .

The editor-in-chief of NV Vitaliy Sych also told that the print magazine will be back in a few weeks, when logistics will function. "We have decided to continue our print subscription for the same number of issues that we will now be forced to jump. But I resay it once more: we continue to publish all the materials and upload them on the website all these days long. As a bonus for all our subscribers, we will also open a subscription to the paid part of the site for 1 UAH for the term of their paper subscription, "he said.

Focus has announced that it would place its publications in PDF format on the site focus.ua. The site focus.ua continues to work in the regular mode.

Facty daily on March 19 temporarily suspended its printed version. The editor-in-chief of the newspaper Oleksandr Shvets wrote about it on his Facebook page.

“Fakty has temporarily suspended issuing of the newspaper. This has never happened in my editorial experience. <…> To publish a newspaper without being able to distribute it later is simply senseless. Newsstands are closed. The large and not very large markets also stopped working at this time of quarantine. The subway entrances, near which the wholesalers sold some of the newspapers that were still going on, but no one needs newspaper now: the subway does not  work, as you know, "he said.