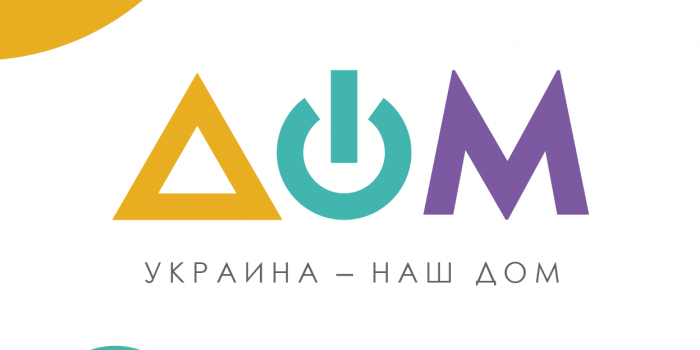 Dom TV channel temporarily took down the story “Radicals in Ukraine. Insight” from the YouTube channel of April 11, for the period it is assessed by the professional community, as this is said in a statement issued by the TV channel on April 20.

The channel's editorial board noted that the journalists tried to avoid stereotypes, and, on the contrary, to counter the Russian narratives.

"First, this video does not spread" Kremlin narratives ", but, on the contrary, blots them out : the text of the story clearly said that intolerance and discrimination were unacceptable in Ukraine. Secondly, there is no insults to anyone on behalf of the channel in the story. Third, it is not up to political figures to judge the quality of the story, but up to our colleagues from the media and self-regulatory organizations. That's why we decided to send this video to the professional community for consideration, ” the statement reads.

Until the final review, the story was taken down from the YouTube channel. They promise to report the results of the review separately.

In addition, the channel reported that the story was published the same evening when the program "News of the Week with Dmitry Kiselyov" said that Ukraine was a "fascist state."

"The channel has a mission to inform the part of citizens who trust such Kiselyov's claims. Now we all have one thing in common which is to protect Ukraine from Russian aggression, we face a real threat of invasion of our country. "Our accusation of disseminating Russian narratives is humiliating for the editorial board and our staff, and we believe that this accusation does not exactly correspond to our real activities," the statement said.

The editorial office also said that it reserved the right to appeal to law enforcement agencies in case of harassment or threats against the channel's journalists.

In a comment to ZMINA human rights center, Oleksiy Matsuka, the editor-in-chief of “Dom”, said that they would apply to the Commission on Journalism Ethics to get the professional view on the story.

The author of the video, journalist for “Dom” Vasyl Panasyuk, instead believed that the reason for criticism of his story, which he called to be unconstructive, was political one, and added that the channel worked for the interests of Ukrainian citizens, not for some politicians.

The story said that "the actions of some supporters of Ukrainian radical nationalist organizations play into the hands of Russian propaganda." Instead, the video provoked mixed reactions from both pro-Russian and pro-Ukrainian audiences. In particular, the TV channel itself was accused of manipulating and playing up Russian propaganda.

After the video was made public, its authors were accused of "creating a story by the standards of Russian propagandists." Maksym Zhorin, chief of the central headquarters of the National Corps party and the third commander of the “Azov” regiment, wrote about this in his Telegram channel. In his opinion, the story "bad-mouthed thousands of nationalists who went to the front as volunteers."

Zhorin, on behalf of the National Corps, demanded an apology and the taking down of the "story", and also noted that "the party is not going to leave this shame unanswered."

The right-wing radical group "Tradition and Order" mentioned in the story also spoke about it in its Telegram. In particular, they complained that the material "did not present the opinion of right-wing organizations" and disavowed from Serhiy Sternenko.

In addition, journalists and the channel's management said they have been receiving threats.

As IMI reported, on April 19, Oleksiy Matsuka, a journalist and acting editor-in-chief of the Multimedia Platform of Foreign Broadcasting of Ukraine (UATV and Dom TV channels), said that he received threats of physical violence on social networks. Among the reasons Matsuka mentioned the Russian language in the content, his origin from the Donbass, the fact that hewas an internally displaced person and others.