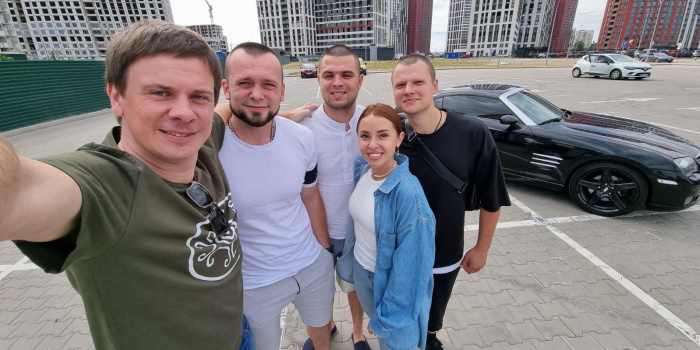 Dmytro Komarov, presenter of the program "Svit Navyvorit," sold his Chrysler Сrossfire car for UAH 1 million. The money will be spent for the needs of the Armed Forces of Ukraine.

"On my birthday, I announced a charity auction and put my rare car up for sale. The goal is to help the Armed Forces. My colleagues and I reviewed hundreds of bids, called all the real contenders, weeded out the pranksters and fictitious bets, and identified the real winning contenders. The largest sum – UAH 1 million – was not offered by a person, but by a team of young people from the United Invest Team community. When I asked what they did for a living, the guys answered, 'investments.' I understand nothing about those)," he wrote.

According to Dmytro, they decided to buy his car "just because," quoting: "We know for sure that the money will really go to a good cause, and not just vanish."

"This million will be of real help to our defenders on the frontline – I will show the results soon. I am happy that every day I find new reasons to be proud of Ukrainians. Each of us has our own front line. And we are more united than ever. And invincible," Komarov noted.

As IMI reported, "Svit Navyvorit" presenter Dmytro Komarov has been added to the list of "enemies of russia" and banned from entering the country for 50 years.

Dmytro Komarov has been covering the consequences of russian shelling and bombing in Kyiv and other cities since the beginning of russia's large-scale invasion of Ukraine.