Denisova on her dismissal: The trigger was my stance about the law on oligarchs 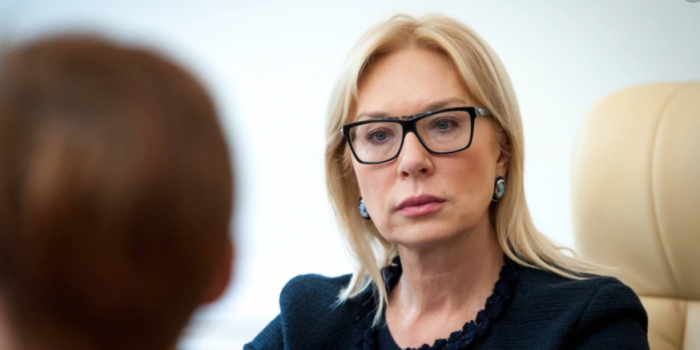 Former Verkhovna Rada Commissioner for Human Rights Lyudmila Denisova attributes her dismissal to the fact that she had once spoken out against the adoption of the law on oligarchs. She said this in her interview with Babel.

She noted that her stance on the bill (she had emphasized the lack of consistency with the Constitution of Ukraine – Ed.) caused outrage, as it did not coincide with the position of high-ranking officials.

"And then the action began to remove me from office. I think this is due to the high-ranking officials, in particular those who lead the Servant of the People faction. Because it is a parliamentary body, and the decision is made by the Parliament," she said.

Denisova also complained about "tense cooperation" with the President's Office and the Servant of the People faction.

"As I made my annual reports, I tried to get through to the President. Although, according to the law, the Commissioner has the right to be urgently received to report on the human rights situation in Ukraine. The response from the PO was: 'Yes, we support what you do as the Commissioner, how you take care of human rights, we will inform you when a meeting will be possible.' According to the law, the Commissioner is a person equidistant from any state bodies. However, there must be cooperation. Therefore, we cooperated with government authorities. We communicated all our stances. So yes, my opinion on the law on oligarchs was the trigger [for my dismissal]," she said.

On September 23, 2021, the Verkhovna Rada passed in the second reading and in general the bill №5599 "On Prevention of Threats to National Security Related to Excessive Influence of Persons Who Have Significant Economic or Political Weight in Public Life (Oligarchs)."

On September 3, 2021, Verkhovna Rada Commissioner on Human Rights Lyudmila Denisova addressed the Chairman of the Parliament Dmytro Razumkov with an official letter, pointing at the inconsistency of the draft law №5599 “On Prevention of Threats to National Security Related to Excessive Influence of Persons Who Have Significant Economic or Political Weight in Public Life (Oligarchs)" with the Constitution of Ukraine.