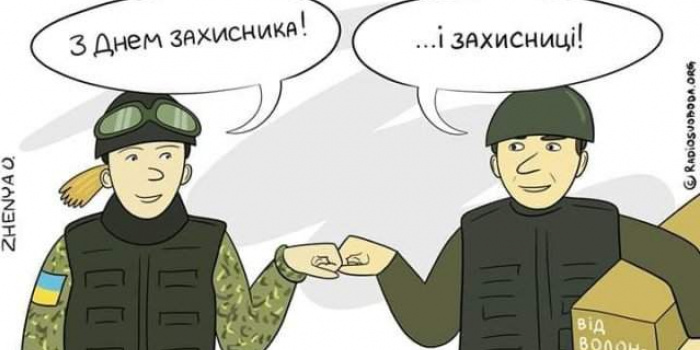 Today, October 14, Ukraine celebrates the Defenders' Day. In all the years of the Russian-Ukrainian war, many journalists have joined the ranks of the Armed Forces of Ukraine.

They serve in various units, in information-related fields or mastering new military professions.

And while Russian propagandists are outraged by the conscription notices handed to them, Ukrainian journalists thank their colleagues for their choice.

In August, journalist Oleksiy Bratushchak announced that he had been mobilized. "Mobilized. Private Bratushchak. My honour!" wrote Oleksiy.

The comments are full of gratitude and pleas to take care. 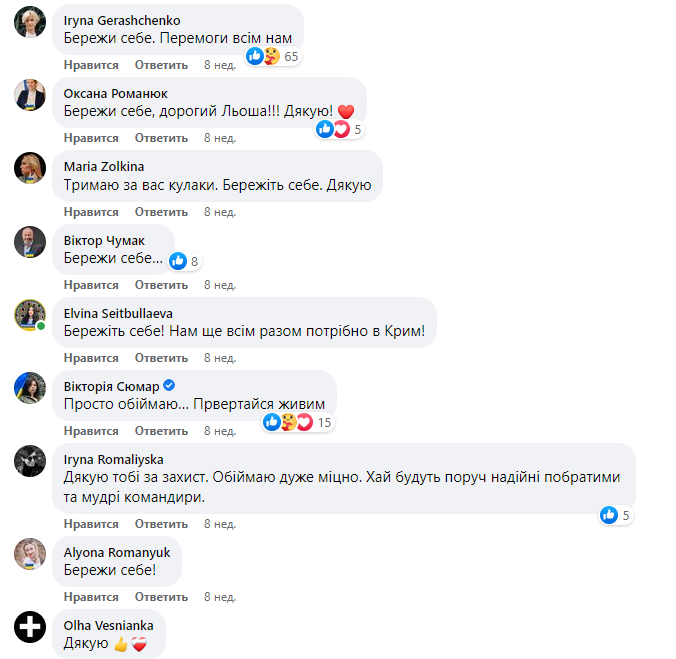 People responded by wishing him good luck and the protection of a guardian angel. 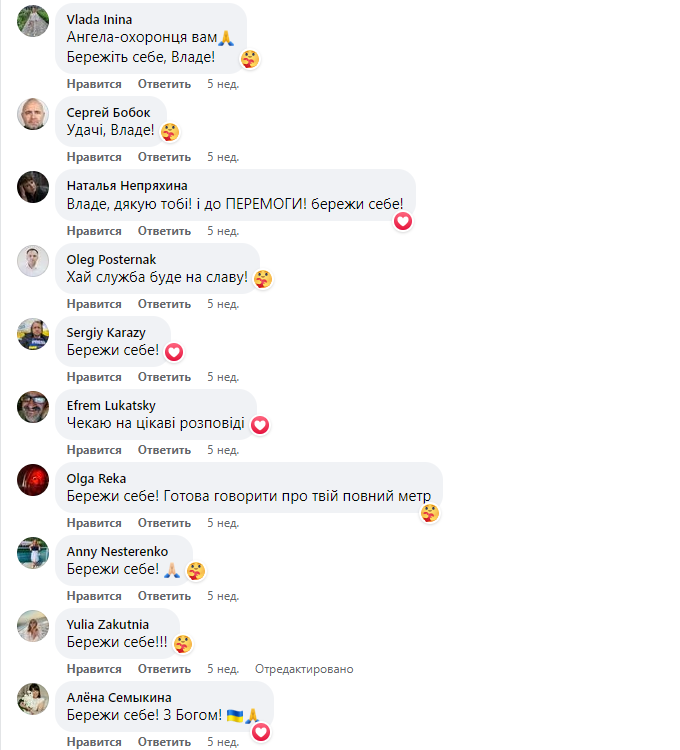 Ukraina journalist Oleksiy Falin joined the UAF in May. He is from Luhansk himself. There is a lot of irony in his post about being mobilized.

"What I've basically been running from for exactly 20 years has happened. Many already know, but I will not drag the cat for intrigue: I have been mobilized to the Armed Forces a few days ago. Six days before the start of the full-scale Russian offensive, I renewed my IDP certificate in order to register with the military commissariat. For eight years of living in Kyiv before that, I confess, I have been avoiding military commissars. I thought: I will finish the work for a week, and then I will set a day or two aside, make a trip to Bucha (or, as an IDP, to the nearest assembly center) and register. But it didn't happen as expected: I didn't make it to the Military Commissariat itself, as the invaders started crawling towards Kyiv from all sides... Of course, I managed to get into a Territorial Community Volunteer Unit. But after the occupiers were thrown back from Kyiv, I felt useless there. And later terminated the contract with them. And so, after all the medical commissions, I have been mobilized. Thanks to everyone who supported me. Thanks to everyone who helped me overcome this path and to overcome myself! Glory to Ukraine! PS: By the way, ladies! I'm still single!" wrote Oleksiy.

In the comments, colleagues wish him good luck and note that a single man in UAF uniform is indeed a good recommendation for girls. 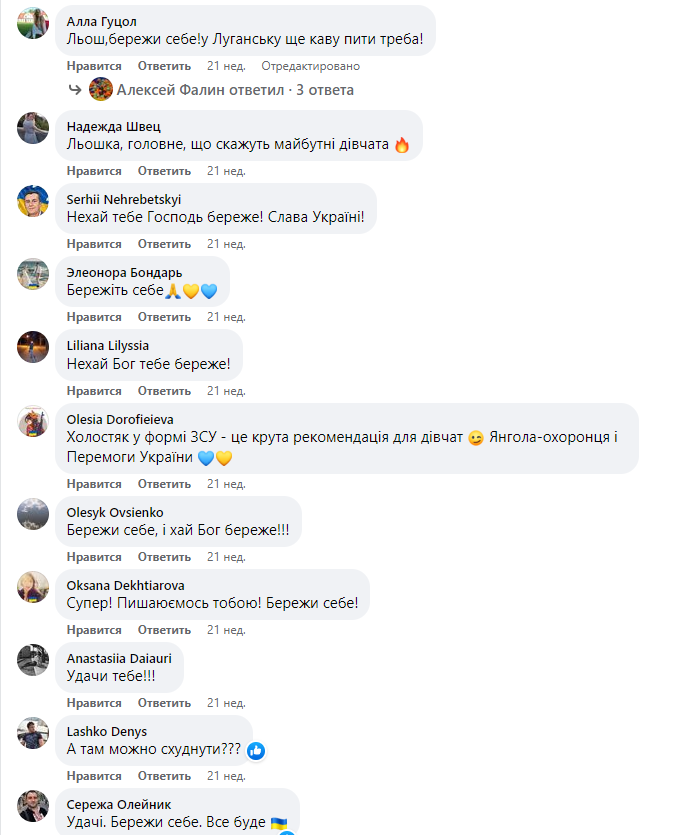 In September, Ukraina journalist Anastasia Blyshchyk announced having been mobilized. Her fiancé Oleksandr Makhov died in May. He had been fighting in the war in 2015 and went to the front line again after the full-scale invasion.

"I can no longer remain silent. Have you seen the wonderful news from Kharkiv oblast? It's all because I'm here. Private Blyshchyk for a month now. I serve the Ukrainian people!" Anastasia wrote.

"I am proud of you," "Thank you for defending us and for your strong spirit," was the response. 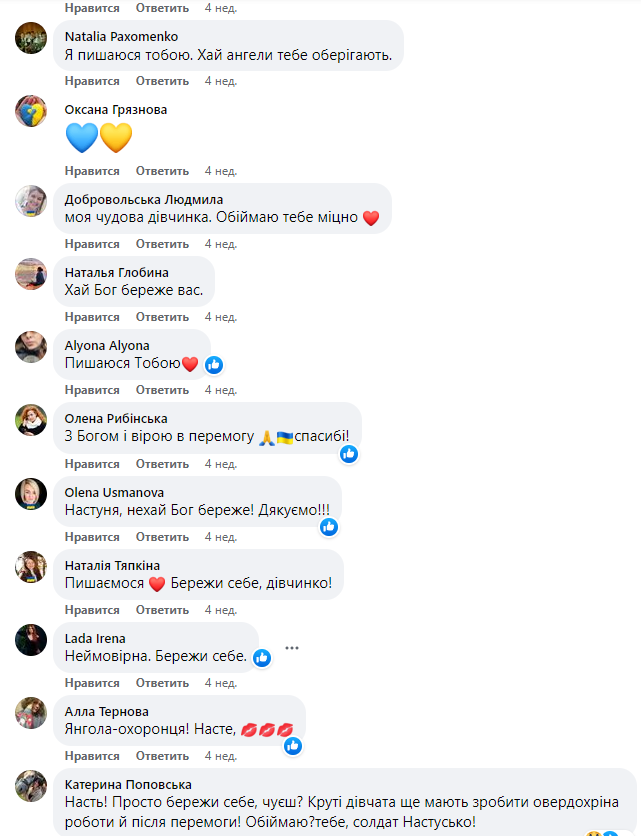 Journalist, State Concern "Ukroboronprom" communication officer Natalia Sad entered the I. Chernyakhovsky National Defense University of Ukraine. She informed her friends and followers about this.

"If you're doing something, you're doing it well," "Oh, what a fiery person you are," "Artillery, cool..." Natalia's friends and acquaintances write in the comments. 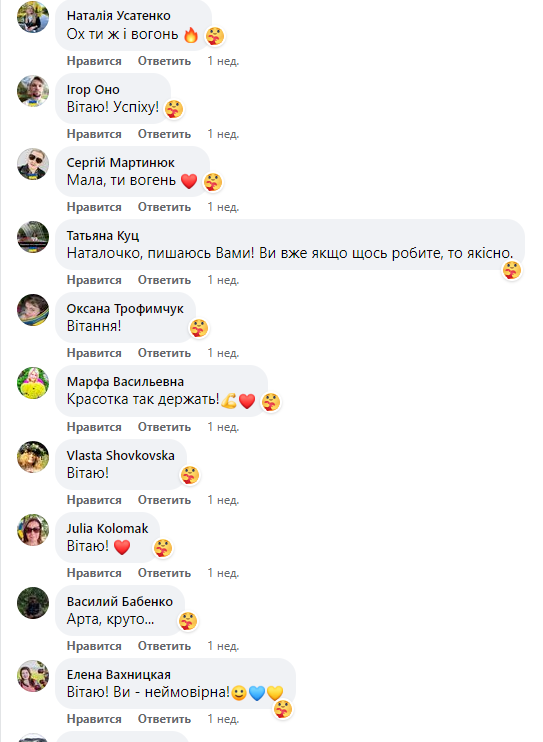 In private, journalists often share their thoughts on the meaning of their profession during the war. Someone decides to join the army, someone stays in journalism. After all, each of them defends their segment of the front line, and all of them together are defending our country.

Since the start of the full-scale invasion, 19 journalists have died as combatants, eight have died in course of their work. 40 media representatives have been killed in total.