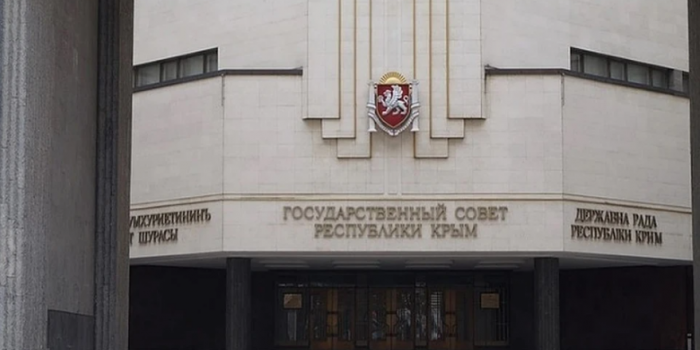 The occupying authorities of Crimea demand to declare the Ukrainian song Chervona Kalyna as extremist.

The according appeal to the Russian Ministry of Internal Affairs was submitted by the so-called Parliamentary Committee on Issues of Culture and Protection of Cultural Heritage, reports the Russian propaganda media "KP-Krym," citing the Committee's chairman Mykola Volkov.

"The letter asking to add Chervona Kalyna to the list of extremist songs has been sent today. It is definitely an extremist song and it should be recognized as such," Volkov said.

As IMI reported, the occupation court in Crimea fined "Mrs. Crimea 2022" Olha Valeyeva 40,000 rubles and arrested her friend for 10 days for singing "Chervona Kalyna" at home and posting the video on the Internet.

The prosecutor's office of the ARC and Sevastopol opened a criminal case against pro-Russian Crimean blogger Oleksandr Talipov for "inciting nation-based enmity and hatred" in his Telegram channel "TalipoV Online Z."