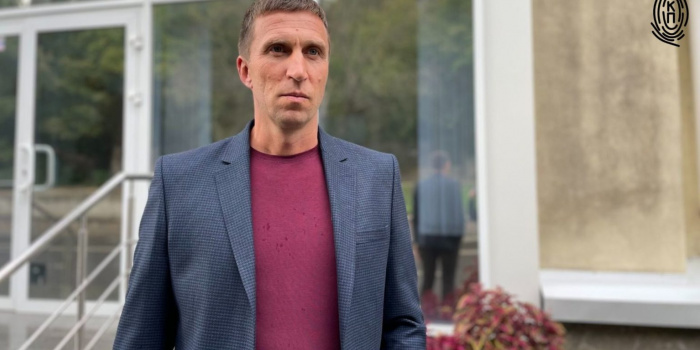 The Russia-controlled Kyiv District Court of Simferopol has fined Crimean Tatar blogger Rolan Osmanov who had shared a Facebook post condemning the murder of civilians and children in Ukraine, Crimean Process and Ukrinform report.

The court found him guilty of committing an administrative offense and fined him 40,000 rubles. Osmanov intends to contest the ruling.

Osmanov was charged for sharing a post by lawyer Mykola Polozov which condemned the Russian army's attacks on Ukrainian cities.

As IMI reported, on July 13 in the occupied Crimea, the russian security forces detained Crimean Tatar blogger and public activist Rolan Osmanov near the building of the "Supreme Court," where the trial in the case of Nariman Dzhelial was taking place. He was sententced to three days of administrative arrest for allegedly "failing to comply with the legal demands of police officers."

Rolan Osmanov is a Crimean activist and citizen journalist. Previously, he took part in a picket near the Khan's Palace, protesting against its demolishing under the guise of restoration.