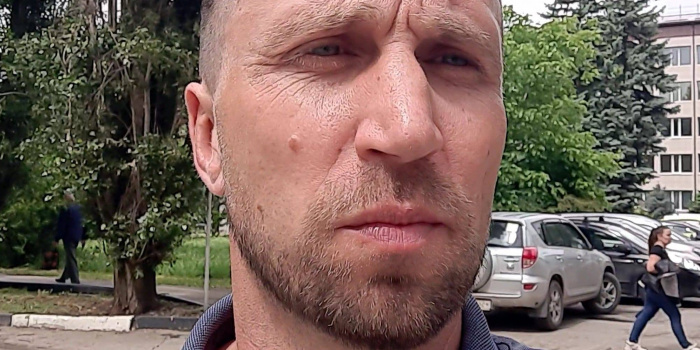 This was reported by Crimean Tatar journalist Lutfiye Zudiyeva.

According to her, Rolan Osmanov contacted Crimean Tatar activist Lemmar Yunusov and told him that he had been taken to the building of the Center for Combating Extremism in Simferopol. Lawyer Islam Velilyaiev was already on his way to provide legal assistance to Osmanov.

It should be noted that at 10:00 a.m. on three days – July 13, 14, and 15, 2022 – the occupation Supreme Court of Crimea, near which Osmanov was detained, will be holding hearings in the case of Nariman Dzhelal, Asan Akhtem, and Aziz Akhtem: the russian investigation suspects them of "sabotaging the gas pipeline" near Simferopol.

It will be recalled that on September 4, 2021, russian security forces conducted five searches in Crimea and detained five Crimean Tatars: Eldar Odamanov, Deputy Chairman of the Mejlis of the Crimean Tatar People Nariman Dzhelal, cousins ​​Asan and Aziz Akhtems, and Shevket Useinov.

After the five Crimean Tatars, russian law enforcers detained another 40 people who had come to the FSB headquarters in Simferopol to find out the fate of those who had been arrested earlier. Among them were activists, citizen journalists, and relatives.

On December 3, 2021, the "Kyiv District Court" of Simferopol considered the materials on an administrative offense against blogger Rolan Osmanov, who was forcibly detained near the FSB building. "Judge" Galina Khulapova found him guilty of violating the restrictions of the high alert regime and imposed a fine of 15,000 rubles.