CPJ stressed out journalists are civilians, to target them equivalent to crime 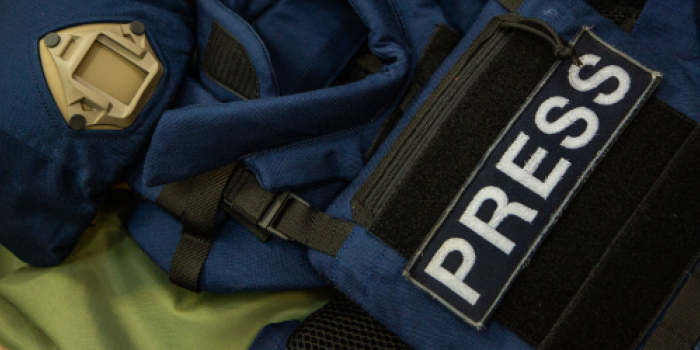 The parties to the war in Ukraine must understand that journalists are civilians and that targeting them is a violation of international law.

This was said on March 18 by Gulnoza Said, the program coordinator of the Committee to Protect Journalists in Europe and Central Asia at an online briefing, Interfax-Ukraine reports .

"It is important to emphasize that all parties to this war must understand that all journalists and media workers are civilians and must be protected in accordance with international humanitarian law, and their targeting them (especially documented cases where they have press signs, their cars marked as the press) is a violation of international law, and violators must be brought to justice, ”said Said.

According to her, Yevhen Sakun was the first victim. He was killed on March 1 when Russian troops fired on a TV tower in Kyiv, killed US reporter Brent Renaud on March 13, and killed Fox News cameraman Pierre Zakrevsky and Fox News producer and local journalist Oleksandra Kuvshinova on March 14.

In addition, Said pointed out that the Russian state media reported that there were no journalists in Ukraine and they were all propagandists, so the Russian military did not show any respect for journalists.

"In the case of the killed journalists, we were able to confirm that two journalists were directly targeted, and in other cases the source of the fire was not confirmed, although the Ukrainian side said it was done by the Russians," said a spokeswoman for the Committee to Protect Journalists.

In addition, Said noted that the Committee to Protect Journalists has documented cases in which the Russian military detained dozens of journalists in Ukraine and tried to force them to produce Russian propaganda.

As IMI reported, since the beginning of the full-scale Russian invasion of Ukraine on February 24, 2022, the Institute of Mass Information has recorded more than 60 war crimes committed by the Russian military against journalists and the media. In particular, six journalists were killed and at least seven media workers were injured.