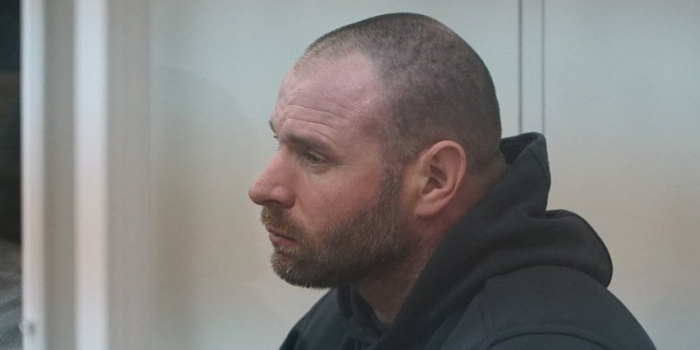 On August 9, Kyiv's Shevchenkivskyi District Court changed the measure of restraint for Pavel Byalay, a defendant in the case of murder of journalist Vyacheslav Veremiy, from detention to night house arrest. This was reported by Ukrinform with reference to the information of the NGO "Advocacy Advisory Group" .

“At the meeting, the panel chaired by Judge Oksana Golub considered the prosecutor's request to extend the arrest for Byalaya. However, the judge decided to change the measure of restraint, ”the statement reads.

It is noted that according to the investigation, Byalai is the "henchman of Yuri Krysin", convicted of organizing the attack on Veremiy in 2014.

As IMI reported, Pavlo Byalay was detained on March 9, 2017 and charged with four articles of the Criminal Code, including premeditated murder and illegal handling of weapons, as well as hooliganism and obstruction of peaceful assembly.

According to the investigation, it was Pavlo Byalay who fired a shot from a firearm in the taxi in which Veremiy was sitting, then pulled the journalist out of the car and beat him along with other thugs for hire.

Vyacheslav Veremiy, a journalist with the Vesti newspaper, was killed on the night of February 18-19, 2014, at the intersection of Volodymyrska and Velyka Zhytomyrska streets in Kyiv. At first, he was severely beaten by titushka guys, and then he received a fatal gunshot wound. The journalist died in an ambulance. One of the attackers who beat Veremiy was 41-year-old athlete Yuriy Krysin.

On December 22, 2017, the Shevchenkivskyi District Court of Kyiv sentenced a man accused of involvement in the murder of journalist Yuriy Krysin to four years in prison with a probation period of two years under the article “Hooliganism”.

The Supreme Court upheld sentence of five years imprisonment of Yury Krysin, charged for murder in the February 2014 of journalist Vyacheslav Veremiy. The court issued that decision after having considered the cassation appeal of the lawyers of Krysin, who asked to leave the sentence issued by the Shevchenkivsky district court of Kyiv, that condemned him conditionally.