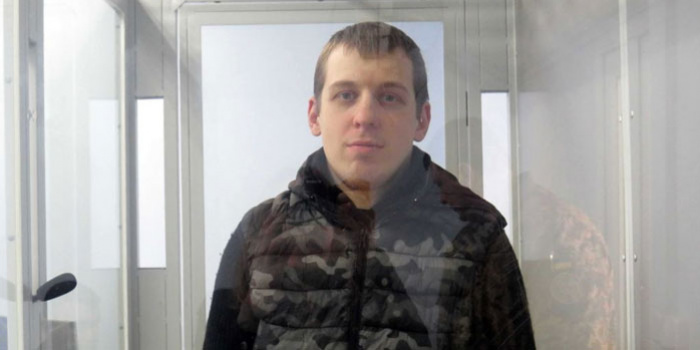 On October 3, the Novozavodsk District Court in Chernihiv released from custody the citizen of Belarus Yury Politika accused of collecting some classified information for a foreign state, as  Ukrinform reported with reference to the Belarusian service of Radio Liberty.

According to the defendant's lawyer Taras Haraliuk, in August this year the court had already ruled on the possibility of release of Yury Politika under certain restrictions, on bail in the amount of UAH 576.3 thousand. However, the lawyer added, the bail was not paid.

"He was released on his own recognizance," said Taras Haralyuk. According to him, the trial will continue, and his client is obliged to appear before the court.

Asked what country a Belarusian citizen should be in, Haralyuk replied: "He can live where he wants, with the right of departure, wherever he wants."

Meanwhile, the Foreign Minister Vadym Prystayko said they expect some positive news in the case of a Ukrainian prisoner for espionage Pavlo Sharoyko on October 4, according to Ukrinform.

“Tomorrow, a concession is to be made. Tomorrow, something is to be on, that the mass media will be happy to report on," as Prystayko said on the air of the “Right to Power” program at “1+1”.

It has been reported earlier, on October 4, a plenary meeting of the Second Forum of the Regions of Ukraine and Belarus is held in Zhytomyr, which the both heads of states of Ukraine and Bielorus, Volodymyr Zelensky and Oleksander Lukashenko, attend.

IMI reported, on November 17, 2017, it got about that a journalist of Ukrainian Radio Pavlo Sharoyko was detained in Belarus on suspicion of espionage.

On November 20, 2017, the official representative of the State Security Committee of Belarus, Dmitry Pobyrzhin, said that Pavlo Sharoyko pleaded guilty of being agent of the intelligence apparatus, he confirmed to have been working undercover in the rank of colonel and developed human intelligence network. The Defense Intelligence of Ukraine's Main Intelligence Directorate (GUR MO) has denied the report of the Belarusian KGB about involvement of Ukrainian journalist Pavlo Sharoyko in intelligence activity in Belarus.

On November 21, 2017, the National Public Broadcasting Company of Ukraine stated that the company did not cooperate with the intelligence services.

Earlier in Ukraine, a Belarusian citizen, Yury Politika, was arrested and charged with espionage in favor of a foreign country. The trial of Politika takes place in Chernihiv. Observers suggest a possible exchange of Politics for Sharoyko.

On October 5, 2018, the Chairman of the State Security Committee of Belarus Valery Vakulchyk stated impossible swap of Sharoyko against Belarusian Yuriy Politika, but he added, they envisaged to pardon Ukrainian journalist..