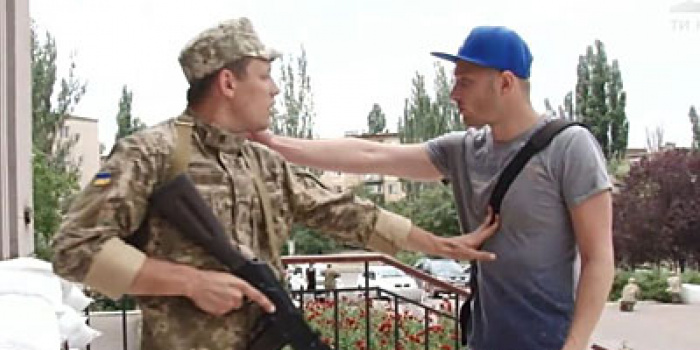 On November 26, the Central City District Court in Kryvyi Rih invalidated the ruling of the military prosecutor's office to close criminal proceedings concerning negligence of servicemen, when the cameraman with “Pershyy Kryvoryzhsky” TV channel Vyacheslav Volk got injured at military exercises, as it is reported on the site of the First Kryvyi Rih.

As IMI reported, in April 2019, the Military Prosecutor's Office of the Krivoy Rih garrison of the Southern region of Ukraine for the second time closed the criminal proceedings over the fact of  negligence of officials of the Saksagan military commissariat resulting in wounding of the operator Vyacheslav Volk.

The lawyer defending the journalist Maksym Gorelikov appealed against the decision of the military prosecutor's office in the Central city court of Kryvyi Rih.

On June 1, 2018, the Military Prosecutor's Office of the Kryvyi Rih garrison of the Southern region of Ukraine claimed that the criminal case were dropped.

In July 2018, the Central City District Court of Kryvyi Rih dismissed the complaint demanding to resume the criminal investigation into responsibility of servicemen for wounding of journalist Vyacheslav Volk.

On August 13, 2018, the Court of Appeal of Kryvyi Rih reopened the case closed by the Prosecutor's Office as to the incident in the course of which the journalist Vyacheslav Volk got injuries.

On July 6, 2017 in Krivoy Rih, the operator of the city Internet resource "Pershyy Krivorizky" Vyacheslav Volk suffered a gunshot wound to the neck during military exercises.

The criminal proceedings were opened under Articles 128 (“Serious or moderate bodily harm due to negligence”) and 263 of the Criminal Code (“Unlawful Handling of Weapons, Ammunition, or Explosives”). Vyacheslav Volk was qualified as aggrieved party in these cases. The Kryvyi Rih police are investigating these cases.

On September 28, 2017, the police of Kryvyi Rih reclassified the case from "negligent bodily harm" to intentional injury (Article 121 of the Criminal Code).

On November 9, 2017, a trial began in Krivoy Rih over the gunnery instructor Igor Petrenko, who seriously injured Vyacheslav Volk, the operator of the First Krivoy Rih, during military exercises. The prosecutor's office believes that the suspected person shot at the operator intentionally.