Court adjourned hearings in Hladkovsky's trial against with "Nashi Hroshi" 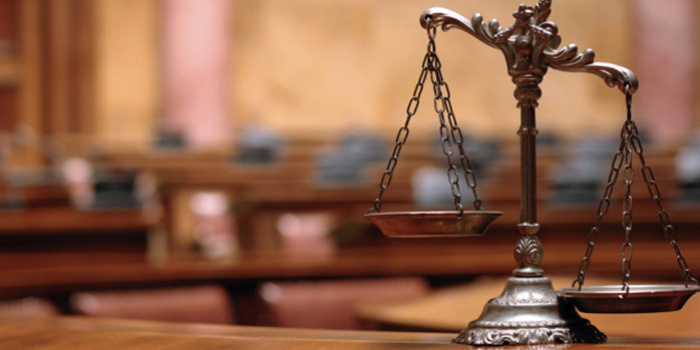 On December 4, Podilskyi District Court of Kyiv adjourned until January 27 the hearing on a lawsuit filed by Ihor Gladkovsky, target of journalistic investigation of “Noshi Hroshi” about corruption in the defense sector, son of former First Deputy National Security and Defense Council (NSDC) Secretary Oleg Gladkovsky, against the head of the program Denis Bihus and journalist investigator Lesya Ivamnova. This was reported by the lawyer of the public organization "Human Rights Platform" Oleksander Burmagin, as “Detektor Media” reported.

According to him, the court is considering the case on the merits. The court hearing on December 4 lasted about two and a half hours because the court decided to interrogate an expert and a witness before the opening statement. At the request of the plaintiff, the court questioned the expert who was doing the linguistic examination, and at the request of the defendants, the court questioned as well the journalist Lesia Ivanova, who is the defendant in the case.

The next sitting is to be held on 27 January.

Igor Gladkovsky was represented at the meeting by his lawyer.

“We requested at the preparatory court hearing that the plaintiff attended the hearing in person. There are a number of issues to him, personally, to him. His representative cannot answer all the questions, because he has not been involved in some events and he cannot testify about personal non-pecuniary rights. But the court dismissed the request and he [Igor Gladkovsky] will not attend hearing, as usually, ”said Oleksander Burmagin.

As IMI reported, Ihor Hladkovsky, son of the First deputy to the Secretary of the National security and defense council Oleg Hladkovsky, filed a defamation lawsuit against the journalists of the program Nashy Groshi (Our money) Denys Bihus and Lesya Ivanova, as to LB.ua. February 21st, IMI informed the journalist Denys Bihus for Bihus.Info claimed its journalists are under surveillance, the surveillance would be caused, as to him, by the investigation made by its journalist Lesya Ivanova on corruption at defense sector. February 25th, in the program “Nashi Groshi” the journalists of Bihus.Info made public the results of them journalistic investigation on corruption at defense sector. The investigation made public by Bihus.Info revealed that Ihor Hladkovskyi and his partners had been providing double or even four times higher overcharged contraband pieces and parts from Ukrainian military units through some front companies.