Correspondent for occupiers' channel "Mariupol 24" notified of suspicion for collaborationism 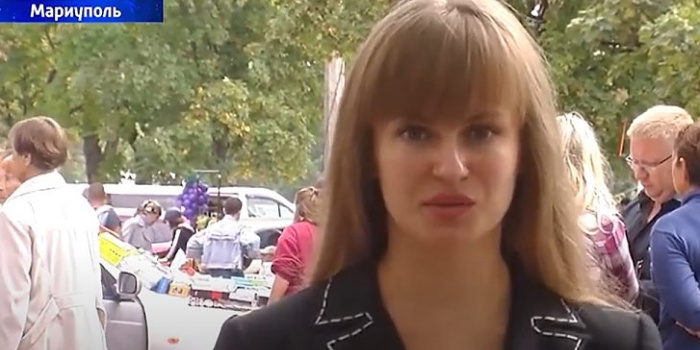 The Security Service of Ukraine has announced that Iryna Yefremova, a native of Mariupol who works at the propaganda TV channel "Mariupol 24", is suspected of collaborationism. She was declared a suspect on October 22.

According to the investigation, Yefremova voluntarily agreed to work as a correspondent for the propaganda channel. The suspicion notice cites 12 video reports prepared by her during September. The latest ones, for September 25 in particular, are "The Brave Women of Mariupol," as well as "First Payments for Lost Housing," "A Parade for One Veteran," "Exhibition of Military Vehicles Models at Moscow State University," etc.

The article's sanction provides for 10 to 12 years of imprisonment with deprivation of the right to hold certain positions or conduct certain activities for a period of 10 to 15 years, with or without confiscation of property.

According to Dnipro media outlets Vgorode and Nashe Misto, Iryna Yefremova studied at the Faculty of Systems and Mass Communication at the Oles Honchar National University of Dnipro.

Before Russia's full-scale invasion, she used to be a correspondent for the Ukrainian TV channel "TV7 Mariupol" and covered the events in her native city. After Mariupol was taken over, she went missing and out of contact. Iryna's former fellow students and the university tried to search for her. Later, they found her, but she was unwilling to evacuate from the occupied city.

"Recently, her former friends saw her new reports and were quite surprised: Iryna decided to work for the occupiers," Nashe Misto writes.

As reported by IMI, in September 2022 the occupation administration of Mariupol launched a new local TV channel "Mariupol 24", the staff of which consists of collaborators and Russian journalists.