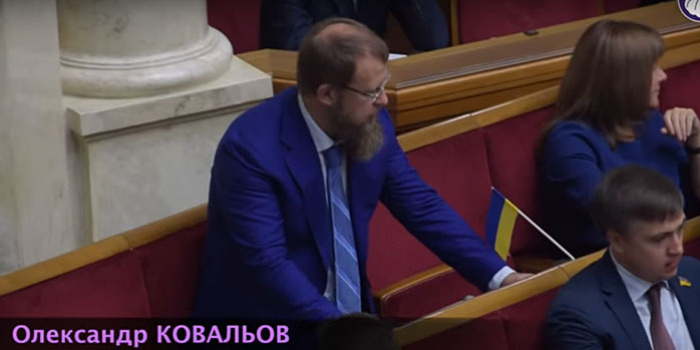 The Committee of freedom of speech decided to give its ethical assessment on behavior of MP Oleksandr Kovalev, who threatened journalists of the Chesno civil movement.

Such a decision was made by the committee on September 18, after considering the complaint from Chesno, according to the website of the parliament.

The Committee Chairman Nestor Shufrych noted that such behavior and statements made toward the journalist are unethical and not worthy of a Member of Parliament.

"As a result of the discussion, the committee opted to send a letter from the committee to all MPs of Ukraine, providing an ethical assessment of the behavior of the People's Deputy O. Kovalev, and with a call to prevent such events in the future," – as to the text.

IMI reported, on September 10, journalists of the Chesno movement claimed they had been threatened by the MP Oleksandr Kovalev, because of the news published on the movement's website about the fact of the first incident of piano-voting in the parliament of this legislature.

In its news on September 10, the Chesno movement reported that during the vote for the presidential bill on impeachment, Oleksander Kovalev pressed a button in place of another non-affiliated MP from the Donetsk region - Maksym Yefimov.

The journalists for Chesno filed a complaint to the law enforcement bodies.