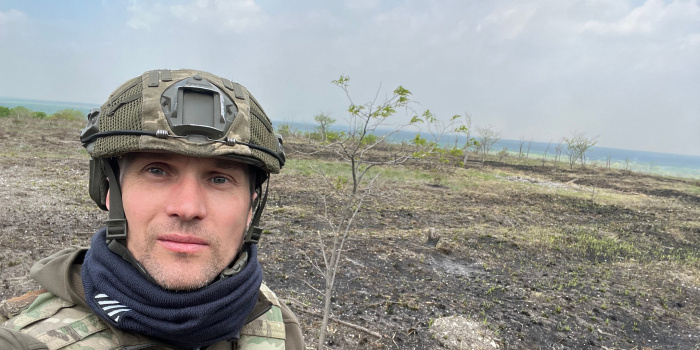 Yuriy Butusov, editor-in-chief of Censor.net online publication, said he had been banned from visiting military facilities on the frontline.

"Today, some incompetent leaders issued an instruction banning me from visiting military facilities on the frontline. This decision is hindering my work on recording interviews with our soldiers on the frontline, at the vanguard positions where I am now, and on objective coverage of the difficult situation in Donbas," the journalist wrote.

Butusov believes that in this way someone "decided to take revenge on him for his reports on the authorities' responsibility for the preparations for war and on the threatening situation in Donbas," and that soldiers on the frontline "are well aware that I did not leak any secrets in my posts, but on the contrary, contributed to the resolution of several dangerous situations."

"I consider such a 'declaration of war' by some people in the OP to be very harmful and dangerous revenge, an attempt to prevent me from objectively covering the situation, and an act of provoking a split in the society. And this is dangerous due to the lack of an objective view of the fighting in Donbas. Therefore, I demand that the leadership of the OP immediately reconsider its instructions and revoke this absurd order," Butusov wrote, adding that otherwise he would return from the frontline "to cover the political situation" and spend his time "demonstrating your many mistakes and inactions."

Earlier, people's deputy from the "Servant of the People," member of the Parliamentary Committee on National Security and Defense Maryana Bezuhla called for opening a case against Yuriy Butusov due to the information he spreads.

"If the Security Service of Ukraine does nothing about Yuriy Butusov, who constantly and with impunity spreads tons of information about our military, their postions, the operational situation, who works to undermine and disorient and supports russia, I think no gradual reform makes sense anymore," she wrote on May 27 on her Facebook page and called for a "complete relaunch of this rotten structure (SSU – Ed.)."

According to Detector Media, the day before, Butusov posted a video of the russians shelling the bridge across the Siverskyy Donets, which connects Severodonetsk and Lysychansk. After that, pro-russian media resources said that this had helped the occupiers to adjust the fire.