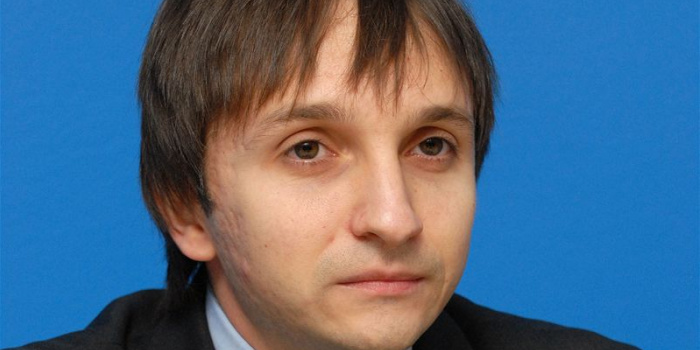 Ukrainian human rights activist Volodymyr Yavorsky said that security officials in Belarus had used psychological and physical violence against him. Yavosrky wrote it on April 16 on his Facebook page.

He said that on April 12, his and his wife Tatyana Hatsura-Yavorska’s apartment in Minsk was searched for the second time.

“After a three-hours search, when the whole room was searched in pieces, I was told that I had to drive with them. They confiscated old documents, phones that had worked out, and so on. They were looking for something we didn't have at all, so it was impossible to be found. Then there was an interrogation lasting for an hour. I signed a document on secrecy of the investigation, as I am a witness in a criminal case. So, I won’t tell the details of the case for now, "he wrote.

According to Yavorsky, the interrogation was "unpleasant and accompanied by psychological and physical violence." During the interrogation he was asked about his activities and that one of his wife. "Of course, no one mentioned or wanted to hear about the right not to testify about themselves or their relatives, and no one mentioned an option to call a legal counsel," the human rights activist said.

“At the end of the interrogation, I was told that I had 48 hours to leave the country with my children for our safety. At the same time, they threatened to detain me in a criminal case and put the children in special institutions. I was also warned that I was banned from entering the country for 10 years, ” Yavorsky wrote.

On April 14, the human rights activist took the flight to Lviv with his son. Three other, older children stayed in Minsk for various reasons. He added that until then he was constantly followed.

His wife, Tetyana Hatsura-Yavorska, was released from the pre-trial detention center on the evening of April 15, but she remains a suspect in the "riot financing" case.

Volodymyr Yavorsky has Ukrainian citizenship. In total, the family has four children, Tatiana and Volodymyr have a younger son, Danylo, who will turn eight in May. The eldest Kastus and Algerd are studying in Kyiv and daughter Rognida is going to study at the Belarusian State University.

As IMI reported, on April 5 in Minsk (Belarus) the police detained three organizers of an exhibition about physicians, including the head of the public association "Zveno", the wife of Ukrainian human rights activist Volodymyr Yavorsky Tetyana Gatsura-Yavorska. Earlier it was reported that she was suspected of "financing the riots."

The exhibition was dedicated to Belarusian doctors and the challenges they have faced over the past year: the COVID-19 pandemic and the politicization of the health care system.