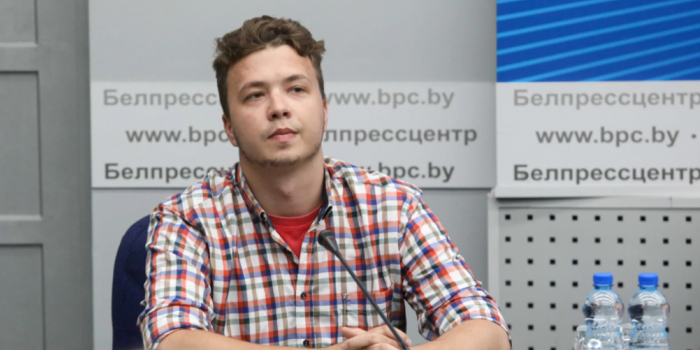 Belteleradiocompany (BTRK) has been expelled from the European Broadcasting Union (EBU). That decision was made at a meeting of the executive council of the organization, as Euroradio reported.

"In recent weeks, we have been particularly alarmed by the broadcast of interviews apparently obtained under duress. We have also monitored other BTRC broadcasts on this issue which have raised other serious and quite exceptional concerns", as the EBU said in its press release.

As of July 1, BTRC no longer has access to services available to EBU members. Including:

- the right to broadcast certain musical and sporting events;

At the end of May, the EBU demanded an explanation from Belteleradiocompany regarding the demonstration of human abuse, and its membership has been suspended.

Back in April, the head of the People's Anti-Crisis Department, Pavlo Latushko, asked the EBU to investigate Belteleradiocompany's involvement in torture: beaten people were shown on the background of the Belarusian national flag (as an example, a video of beaten political prisoner Mykola Dzyadko, now on trial in Minsk).

Sweden proposed to withdraw Belteleradiocompany from the union.

"Of course, the EBU knows that Western countries were involved in the coup in Belarus. We all know that EBU members, public broadcasters of a number of countries are at the service of the ruling elites. Broadcasters from Poland, Lithuania, the Czech Republic, their reports on Belarus remind us of stories American television in the bitter years ", - they commented in BTRC.

As IMI reported, on June 3 in Belarus, the state TV channel ONT  broadcast excerpts from an "interview" with detained opposition journalist Roman Protasevich. In the video, Protasevich allegedly fully admits his guilt. Relatives and colleagues of the Belarusian are convinced that the recording was made after torture and pressure.