BBC releases a documentary about the occupation of Kherson 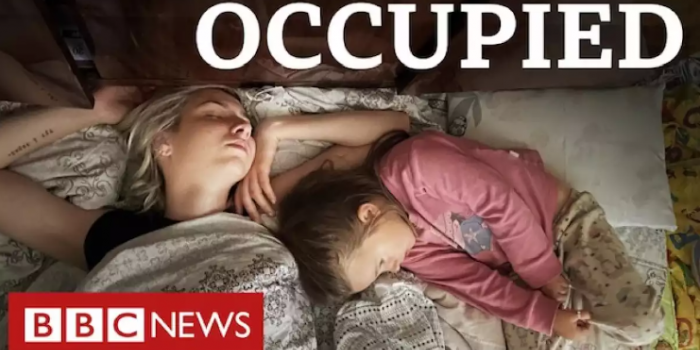 The BBC television company is releasing a documentary which they announce as "an unprecedented insider perspective on the Russian occupation of Kherson."

The movie is directed by Kherson filmmaker Dmytro Bahnenko. For three months since March 1, he had been filming everything that was happening in his city. These were the protest rallies brutally crushed by the Russian military, the food and medicine shortages, the movement of Russian equipment through the streets of Kherson, the shelling.

In his comment to an IMI representative, Dmytro said that he BBC representatives approached him twice. With some of them, he cooperated from late February to early March. They made a 30-minute film about the war in Ukraine.

"And then, through an acquaintance in Kherson, director Albina Kovalyova approached me with a proposal to record not only what was happening in Kherson around me, but also what was happening to me, to my family, how we were feeling and perceiving everything happening around us, how we let them pass through ourselves. Specifically through our perspective. Actually, I was filming that all the time before we left. And a little after, when we had already left Kherson. We left on May 19," Dmytro said.

He explained that he was filming videos on his phone and his camera. Then he uploaded the video to his computer or an external drive and then uploaded it to a separate Google Drive every day.

"Then I deleted these videos from my devices, logged off Google Drive, cleared the cache, all mentions of the websites I visited, so that if someone was curious as to whether I had uploaded something, they would have a harder time finding out," Dmytro said.

The movie is already available in English and Ukrainian.