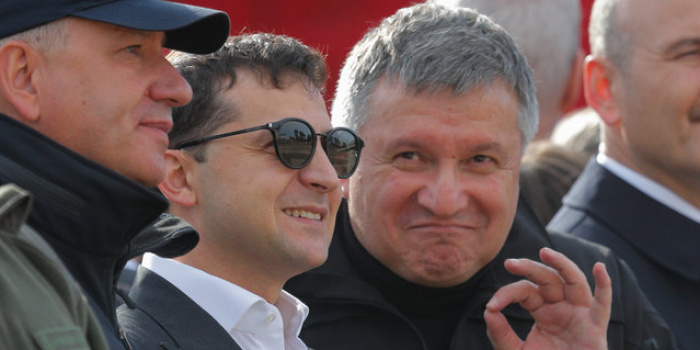 It is hoped that the resignation of Interior Minister Arsen Avakov will put the investigation into the murder of journalist Pavel Sheremet on a constructive track, rather than solving of some personal issues for the Interior Minister’s part. Ali Safarov, the lawyer of the Institute of Mass Information , said it in a comment to " Detector Media" about the head of the Inetrior Ministry resignation.

"This is anybody’s guess, what are the reasons for the resignation of the Minister of the Interior, since this is an effect of some internal processes, in particular, inside the Office of the President and the result of the struggle of different groups of influence.

Did the Sheremet's case affect this decision in general? I think so, but whether this influence was decisive in this case, this is very difficult to say. But anyway, there is hope that Avakov's resignation will put the investigation of this case on a constructive track, rather than solving of some personal issues on the part of the Interior Minister. At least the investigation will cease ignoring the norms of the Constitution and laws of Ukraine, in particular, they will stop calling criminals the persons for whom they have not been able to collect documents to duly sign an indictment for more than two years and to trial it. Let me remind you that the Constitution forbids calling a person a criminal (until the judge makes its verdict. - Ed. Note.), and here, the state not only called these people criminals, but also could not collect evidence of their guilt. In any case, changes will take place in Sheremet's case, which will allow us to understand what really happened and who is really guilty of this crime, "Ali Safarov said.

In his opinion, there will be no serious changes in national policy due to Avakov's resignation.

"As for whether this decision will be made by the Verkhovna Rada, it is hard to say: on the one hand, there is a majority in the Rada, on the other, it is not very consistent in its decisions, sometimes even presidential bills do not pass. Therefore, it is not sure that a decision will be made, but I guess that the probability of passing a decision on Avakov's resignation is very high, "Safarov said.

At a news conference on May 20, the president Volodymyr Zelensky said he would "have sharp words" with Interior Minister Arsen Avakov if suspects in the murder of journalist Pavel Sheremet were arrested illegally.