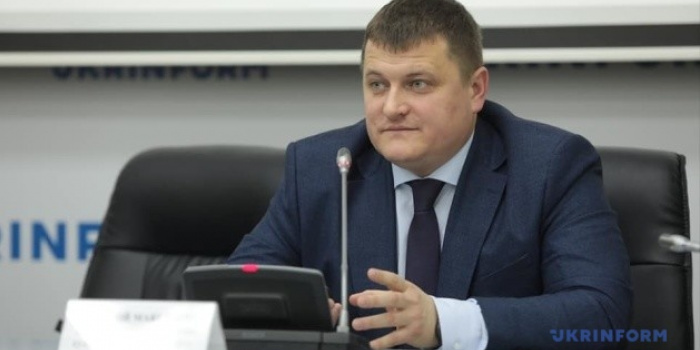 In compliance with the misinformation bill, authorities would provide protection only to those journalists who adhere to professional standards of journalism, as the First Deputy Minister of Culture, Youth and Sports Anatoliy Maksymchuk said on January 24 at the conference on mass media self-regulation in Kyiv, commenting that the media bill, as Interfax-Ukraine reported.

“This is our position, again it will be discussed with the public. Our position is very simple: a professional journalist who works in compliance with standards must be protected by the state. The state does not restrict journalistic activities ... and it cannot restrict it. But the protection of the state is our initiative - it will be provided only to professional journalists who work respecting the standards, who take risks, ” he said.

An advantage of this bil, as Maksymchuk said, was that "a very active, large-scale discussion was launched on topics that had not been discussed earlier or have been in very narrow circles for different reasons."

"The purpose of this public debate is to enrich this text, to refine it, because, I emphasize, it is made public such as in order to start a public dialogue and find exactly the tools that are needed," the Deputy Minister said.

At the same time, the downside of the document, he said, was that the bill already provoked a great deal of misinformation.

"That is, misrepresentations, manipulations, and now we are preparing such a pretty case: it is called 'misinformation about the law on countering misinformation,'" Maksymchuk said.

He also stressed that the task of the state is to create a certain framework, conditions, and this is up to the journalists to fill it with further content.

"It is envisaged that the journalistic community itself is going to begin to defend its rights in accordance with the tools provided," he explained.

In addition, Maksymchuk reminded that the ministry expects that discussion would last one month and on January 28, the first strategic dialogue with stakeholders will be held, "where every sore spot in this project, every debatable norm that can be used to the detriment of freedom of speech, will be identified and actually the way to resolve the issue but to provide some fuses for that will be revealed."

As IMI reported, on January 21, the NGO "Institute of Mass Information" prepared a brief analysis of the so-called "misinformation bill", which was published on the website of the Ministry of Culture, Youth and Sports of Ukraine.