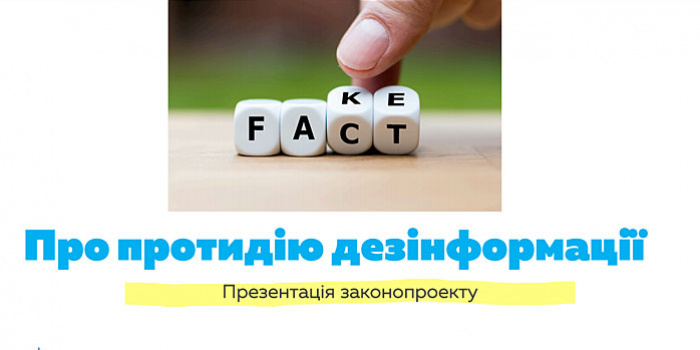 Photo credit: Screenshot taken from presentation of the bill, by the Ministry of culture, youth and sports

The provisions on criminal liability provides for:

Fines for the dissemination of misinformation are imposed exclusively by judges, under condition upholding complaint from the commissioner for information.

An administrative responsibility provides for:

According to the bill, untruthful information is any false report about persons, facts, events and phenomena that did not happen at all or that happened, but the report obout it is incomplete or distorted. Misinformation is unreliable information on issues of public interest, including national security, territorial integrity, sovereignty, defense of Ukraine, the right of the Ukrainian people to self-identification, life and health of citizens, and the state of the environment.

At the same time, evaluative judgments, particularly critical ones, satire and parody, unfair advertising are not considered as misinformation.

The presentation of the misinformation bill is available here .

The ministry is going to submit this bill for public discussion in February, for further submission for consideration by the Verkhovna Rada in March.