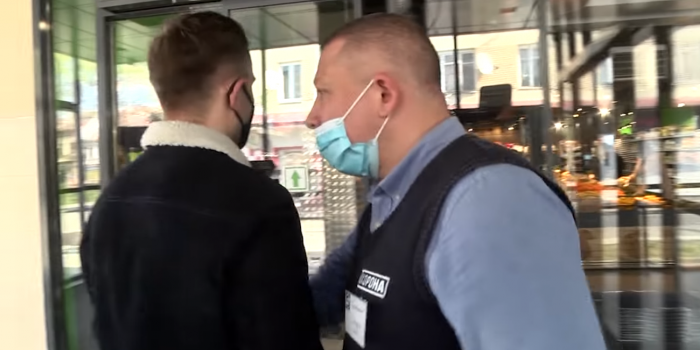 The security guard of the ATB supermarket was fined 850 hryvnias (around $30) for having obstructed TV crew of Pershyy Zakhidny TV channel. On March 16, the Sambirsky City District Court in Lviv region found him guilty saying that Andriy B. interfered with work of the correspondent Orest Drymalovsky and the cameraman Yuri Makovetsky, as “Pershyy Zakhidny reported.

According to the TV channel, in 2020 the journalist and the operator took part in the investigative experiment, were interrogated, participated in pre-trial and court hearings.

As IMI reported, on April 13, 2020, in Sambor, Lviv region, a security guard of a trade establishment hindered activitiesof the film crew of the Pershyy Zakhidnyy TV channel.

On May 26, 2020, the investigators pressed suspicion to a 35-year-old security guard of the ATB supermarket.

ATB's press service told “Detektor Media”  that their employee had acted on his own initiative: "For the first time since beginning of his work, the employee communicated with a media representative." The company considered this situation, but found no legal grounds to fire him or to suspend from duty.