Aseyvev writes book about his life in captivity 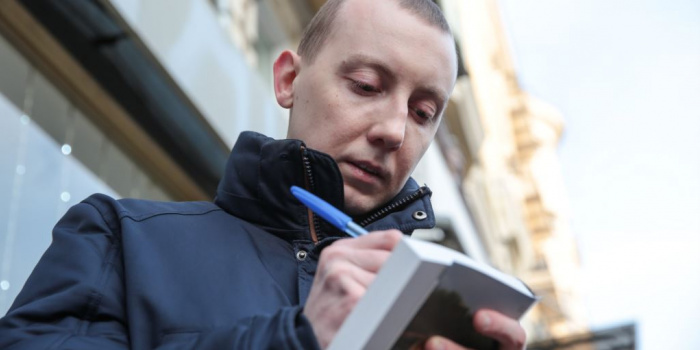 Stanislav Aseyev, former prisoner in Donbas and contributor to RFE/RL, is writing book about his ordeal in captivity. The fragments are to come out at the website of the Radio Free Europe/Radio Liberty, as RFE/RL reported.

"Stas began to describe his experiences while still in Isolation. His co-detainee, tanker Bogdan Pantyushenko, helped him to send his texts from captivity to the outside,” the message reads.

These fragments will be part of his forthcoming book.

In 2018, Radio Liberty published a collection of essays by Stanislav Aseyev in “Isolation” on living in the occupied territory of Donbass, which he wrote from January 2015 to May 2017 for Radio Svoboda, Tyzhden, Ukrayinska Pravda and Dzerkalo Tyzhdnya.