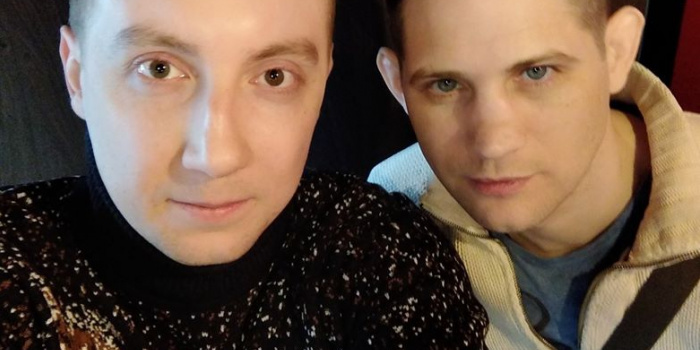 Stanislav Aseyev, who had been released as part of exchange of detainees in Donbass, told said that co-detainee, tanker Bogdan Pantyushenko, helped him to send his texts from captivity to the outside, as Radio Svoboda reported.

“Before the swap, I hid my own manuscripts among his letters from his wife, texts that I reproduced by memory in the pre-trial detention center, from among those they seized in “Isolation”. Today, Bogdan gave them to me, and so, one can see the first txts published soon. I have a great hope that the office of the President and our country as a whole will not forget those who have given five years of one’s life for it and will distingish the true courage of these people. I am proud to be acquainted with them, ”Aseyev wrote.

He reported that first he saw Pantyushenko in the colony was when he was jogging.

“For me, to jog was absolutely sacred thing (I was jogging even in the basement), so I immediately realized that broken noses are not the only thing we have in common with him). After 30 months of my own captivity and “Isolation”, I was absolutely exhausted, but Bogdan spent five years in captivity - and there was not a day and a half of the month we were together with him in the correctional facility, that he was not smiling or saying that one fine day everything would be OK. Five years long. It is hard for me even to imagine, ”Aseyev wrote.

Bogdan Pantyushenko, like Stanislav Aseyev, was set free during last exchange of prisoners, in December 2019.

In 2018, Radio Liberty published a collection of essays by Stanislav Aseyev in “Isolation” on living in the occupied territory of Donbass, which he wrote from January 2015 to May 2017 for Radio Svoboda, Tyzhden, Ukrayinska Pravda and Dzerkalo Tyzhdnya.