Anchorwoman of Rivne-1 complained about insults and cyber-bullying 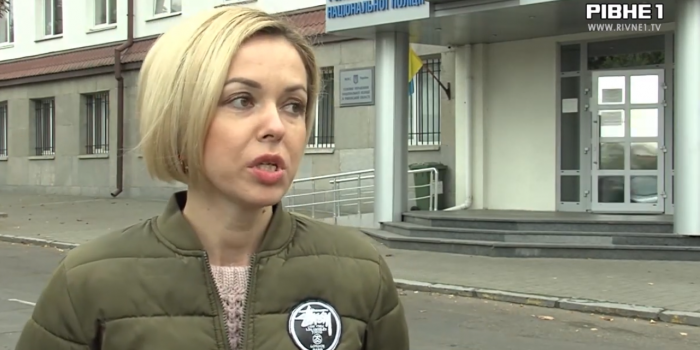 The anchorwoman for Rivne 1 TV Anna Yatsuk claimed being interfered with her journalistic activity. She complained also of threats, intimidation and cyber-bullying on social networks, as the representative of the Institute of Mass Information in Rivne region reported.

As Anna Yatsuk said, during October 12-16, she received several intimidative and insulting messages on social networks. She suspected for the most part there were produced by bots.

“It came to my private mail. A screenshot with my photo and various insuts and obscenities on. And saying that, the banners with my face, obscenities, will appear over the whole city. Under the photos there were comments, made by bots, most likely, with different invectives. But they were all of the same type. They were saying bad things (…). It started on Monday, after the news edition I presented. In fact, I had nothing to do with the stories in the news edition, because I'm just as a host - the face of lead-in. I did not prepare any story. But, probably, someone, who did not understand it, even didn’t get into, but simply because I read some leads-in to the stories, that person related me to, I don’t know what, to some politics. People in general, not understanding it, started sharing these photos and messages, ” the presenter said.

She also added that photos and comments with obscenities and insults were shared in the comments under the TV channel's stories and on the personal pages of her colleagues from Rivne 1. The editorial board immediately deleted all that.

"The threats were rather of a reputational kind. It was as if they wanted to intimidate me with something, to disgrace me. The situation is unpleasant, so we went and wrote a complaint to the police. Criminal proceedings have already been instituted under Article 171 (Interference with professional journalistic activity). Persisent efforts are made to identify these people, bots, ” as  Anna Yatsuk said.

The police told IMI representatives in the region that the presenter had provided evidence of intimidation and indirect threats, and that criminal proceedings had been opened.

“The report over that fact was entered into the journal of the unified accounting of complaints and notifications on committed criminal offenses and other facts. In addition, investigators from the Rivne Police Department launched a pre-trial investigation under Part 1 of Art. 171 of the Criminal code of Ukraine, ie "Obstruction of lawful professional activity of journalists". The police are identifying those involved in the crime, ”said Maria Yustytska, a spokeswoman for the National Police in Rivne region.