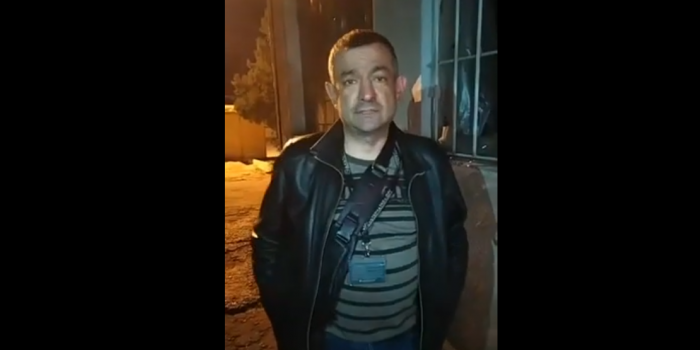 On the night of October 21, two unknown individuals smashed a window and threw a bottle of incendiary mixture into the premises of the editorial office of Alternativa.org (an urban-type settlement in Ovidiopol, Odesa region), as Alternativa.org reported on its website.

Persecution of the editorial board of Alternative.org is on. Then they asssaulted us, now they attacked our office. Two strangers smashed the window and threw a bottle of incendiary mixture. Fortunately, the office was not badly damaged, but something burned slightly,” as Roman Varshanidze, the newspaper's editor-in-chief, said.

Firefighters and police officers came to the scene.

According to Varshanidze, the editorial board was to continue to function, despite the persecution.

"We got beaten, now they set afire. It is clear that no one likes us, well, this is sure, journalist’s destiny is not to be liked by anyone. You see, since a journalist begins to like to everyone, he becomes a showman. But I would not like such troubles happen to me in the future. I stand against violence or destruction, I am for fair communication and fair competition, but not everyone finds it suitable and such vile methods are used, ” he said.

Roman Varshanidze expects that law enforcement officers will investigate the incident and bring those involved to justice.

In a comment to Hromadske, Roman Varshanidze said that the reason for the attack on the editorial office could be publications about candidates for the post of chairman of the Velikodolinska and Tairovska united territoprial communities. In particular, journalists are following the case of Yuri Nikitinsky, a candidate for the head of the Velykodolinska community, who is suspected of embezzling state funds.

According to Varshanidze, the police have opened criminal proceedings for beating and attacking the editorial office.

As IMI reported, on October 17,  Roman Varshanidze, editor-in-chief of the local publication Alternativa.org, was beaten in the village of Velykodolynske (Odessa region).