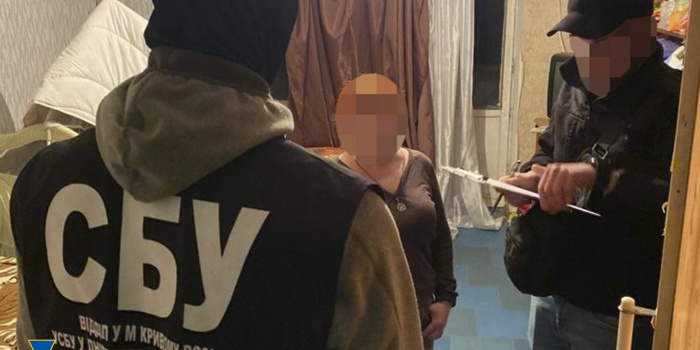 In Dnipro region, the activities of a woman administering anti-Ukrainian Internet groups created and moderated by residents of the Republic of Belarus and the unrecognized Transnistrian Moldovan Republic, were thwarted.

This was announced by the SSU Office in Dnipro region.

According to the investigation, a resident of Dnipro region, one of the IDPs, had radical pro-russian views, and russian special services took sight of her.

"As she had the talent to write compelling messages for online communities and a desire for 'easy' money, supervisors from russia decided to use it to their profit. Through persons under their control, they created Internet messenger groups in the Ukrainian, Transnistrian, and Belarusian information space, and appointed her one of the groups' administrators," the statement reads.

The administrator filled these public groups only with provocative publications justifying the armed aggression of the russian federation against Ukraine, glorifying its participants, and promoting the "ruzzian world."

During the search of the suspect's place of residence, computer equipment used for committing illegal activities has been seized, including a mobile terminal specially designated for the administering.

The woman has been notified of suspicion as part of the criminal proceedings initiated under Art. 436-2 of the Criminal Code of Ukraine. The sanction of the article on this crime provides for imprisonment for up to eight years.