About 600 people are being held hostage in Kherson region, most of them are journalists and activists – Tasheva 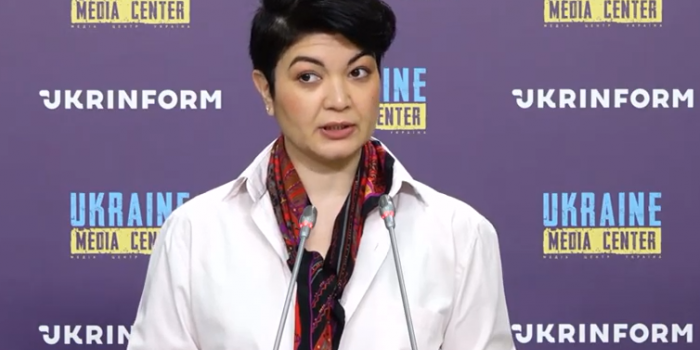 About 600 people are being held hostage in Kherson region, mostly journalists and public activists.

This was announced on June 7 by the Permanent Representative of the President of Ukraine to the Autonomous Republic of Crimea Tamila Tasheva at a briefing at the Media Center in Kyiv, Іnterfax-Ukraine reports.

At the same time, Tasheva clarified that these are specifically the public activists who had organized pro-Ukrainian rallies in Kherson and the region and were responsible for communication with large groups of people.

"According to our information, they are kept in inhumane conditions, they are being tortured. Witnesses report the screams they heard as they walked past the places where such illegal activities against our citizens are being committed," the permanent representative said.

In addition, according to her, some people are being taken from Kherson region to Crimea.

“This includes the Simferopol pre-trial detention center and Sevastopol. There are both civilian hostages there and, according to our information, also prisoners of war. Some of the people who were leaving Mariupol were also detained and taken to the Simferopol pre-trial detention center during the filtration procedure at the administrative border with Crimea," Tasheva explained.

As IMI reported, Kherson and part of the region are currently under russian occupation. Persecutions and crimes began almost from the first day of the occupation. On March 2, five armed russian occupiers seized the Suspilne.Kherson building. The occupiers shut down the broadcast of Ukrainian TV channels and launched russian channels on T2.