"A state secret matter:" trial in Trukhin's case partially closed off for journalists 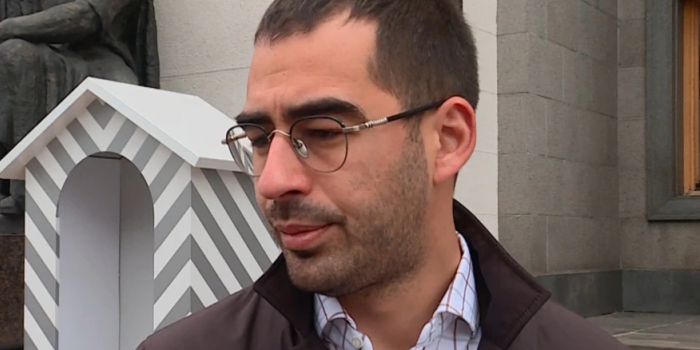 Lawyers of People's Deputy Oleksandr Trukhin requested that a part of the court session is held without journalists or audience, claiming that a state secret matter or classified information will be discussed there. This was reported by the Anti-Corruption Center.

"Namely, the deputy's actions after February 24. Judge Bitsyuk granted this part of the request," the report says.

IMI lawyer Roman Holovenko considers the fact that the court classified only a part of the meeting and not the whole session to be a progress.

"The court may make a decision to conduct criminal proceedings in a closed court session during the entire court trial or a separate part thereof only in the case: ... if the proceedings in an open court session may lead to the disclosure of a secret protected by law (Clause 4 Part 2 of Article 27 of the CPC). The fact that only a part of the meeting, not the entirety of it, has been classified, is a progress," said the lawyer.

Roman Holovenko added that local councils often close their meetings. However, the law on local self-government does not mention the possibility of closing the meeting partially, as opposed to the CPC.

Therefore, taking into account the current restrictions on access to information and transparency under the pretext of war, Roman Holovenko believes that the court's decision looks legit.

As reported by IMI, on September 20, the High Anti-Corruption Court assigned People's Deputy Oleksandr Trukhin, who is suspected of trying to bribe police officers, with a bail in the amount of UAH 49,620.

On February 1, 2022, Ukrainska Pravda published a video in which People's Deputy from Servant of the People Oleksandr Trukhin tries to bribe police officers after a being involved in a car accident on August 23, 2021. The Audi car in which Trukhin was traveling failed to maintain a safe distance on the Boryspil highway at the entrance to Kyiv and smashed into a Ford, which in turn rammed a Daewoo car. The accident resulted in six people injured.

In the video, Trukhin addresses the policeman with the words, "let me go off into the forest quietly," and then promises to "talk" with the head of the Ministry of Internal Affairs, Denys Monastyrsky. He also claimed that he had not been driving the car that was involved in the accident. The People's Deputy turned to the law enforcement officer and promised to "see him" later and "thank" him.

The SBI claimed that the investigation did not have the video of the car accident involving People's Deputy Oleksandr Trukhin, published by Ukrainska Pravda on February 1, at their disposal.

Law enforcement officers opened a criminal case regarding the attempt to bribe to a police officer at the site of an accident by People's Deputy Oleksandr Trukhin.

On September 7, the National Anti-Corruption Bureau and the Specialized Anti-Corruption Prosecutor's Office notified Trukhin of suspicion for attempted bribery of police officers.