"A rubber polygraph, the best tool," the occupiers would joke: Balaklia printing house employee about being captive 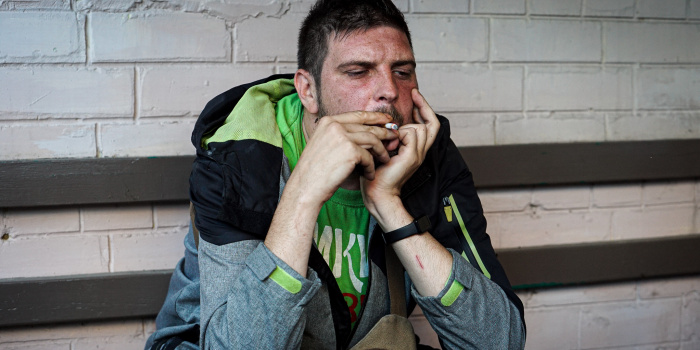 Held for 12 days with no questions asked and released after an interrogation. This is how Evhen Dykan, an employee of the Baldruk printing house (Balaklia, Kharkiv oblast), recalls being captured by the Russian occupiers.

The invaders detained him and his friend at the local market: they checked their documents and invited them "for a couple of questions." This couple of questions was asked 12 days later, recalls Yevhen in his interview with Hromadske Radio.

He and his friend were held in the Balaklia district police department, which had been taken over, in neighboring cells. The cells were small, two bunks each, but sometimes there would be nine or eight people at a time there. They took turns to sleep. The captives were residents of Balaklia or the surrounding villages and towns. One of those who shared the cell with Yevhen was detained because he was in contact with an SBU employee.

"He had the phone number listed as 'SBU.' Yes, it really was an SBU guy. And what, you can't be familiar with an SBU guy anymore?" Yevhen Dykan muses.

His friend was also held captive for 12 days and released after an interrogation. "Allegedly, they wrapped him in the Ukrainian flag, gave him a machine gun, filmed him on the phone, tasered him," says Yevhen.

He says: nobody touched him personally, but he knows for sure that the Russians were torturing other people. "I saw people coming back to the cell with beating marks. They used tasers, batons... The 'rubber polygraph.' A rubber baton – they call it an RB. And one of the people from my cell says, 'It's the 21st century, buy a polygraph and interrogate people with it.' The Russian shows him the baton: 'Here, a rubber polygraph, the best tool,'" says Yevhen.

Then the Russians found out that he worked at a printing house, they wanted him to make it work again, but they did not succeed.

"They wanted to print the newspaper Kharkiv Z here. I can only imagine how much money it costs. Here, they brought all the paper out into the street, whole barricades of it, that would be around two million hryvnias."

Yevhen was being held in the district police department, which was occupied by the militants of the "LPR" group.

"As time passes, you do talk to the supervisors, and there were those among them who had simply been caught on the street: 'That's it, go fight!' Others were there of their own volition. One of them was definitely from Luhansk. He was bringing us the parcels we received from the outside. I bought a bottle of vodka for this man after they released me, because he also delivered our letters," Yevhen said.

He noted that during the time he had spent in the police department, none of the people detained had died there, but there are those who died from the beatings at home after being released from captivity.