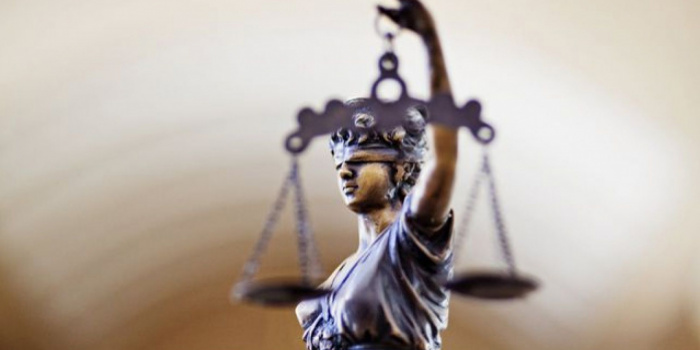 Amid quarantine, journalists have to face with unjustified restrictions of access to the court hearings, as Olga Khudetska, the head of the “Watchers” media project, said on April 28 during an online discussion of the Institute of Mass Information “Press Freedom. Ukrainian context ”.

“90% of public court hearings amid quarantine became closed door. Every court in Kyiv has an order for a total or selective non-admission of attendees. This is based on amendments to the Art. 27 of the Criminal Procedure Code, which prescribes that only that a judge may not authorize to some specific person to attend the hearing, whose presence might pose a threat. The Main Scientific and Expert Department of the Verkhovna Rada warned that this could become a basis for manual control and abuse by the courts, and it happened, ” as Olga Khudetska said.

According to her, despite such orders, the journalists never know for sure whether they will be allowed to attend the court hearing or not. They have to send petitions which is not prescribed by law. There are no admission criteria, so abuse is usual indeed. Journalists may not be allowed to attend the court heearing on the grounds that they failed to provide one’s electronic signature or submit any written request.

On April 1, IMI filed a complaint with the High Council of Justice, the High Qualifications Commission of Judges, the Council of Judges of Ukraine, and the Supreme Court over the illegitimate restrictions of journalists' rights in the courts.

IMI has recorded several incidents when the journalists had not been allowed to attend public hearings without proper legal grounds. This is especially true of high-profile cases, which are the subject of increased public interest. The Institute of Mass Information called on the higher authorities of judicial self-government and judicial supervision to ensure that the practice of illegal selective non-admission of journalists to open court hearings to be ceased; to bring judges who had restricted illegally the rights of journalists, violated the requirements of publicity of the trial, to disciplinary or other legal liability, as it is prescribed by the law.

On April 20, the Council of Judges of Ukraine said that the temporary restriction of access to court hearings for persons who were not participants in court proceedings was justified primarily by the need to ensure the safety and health of citizens during the COVID-19 pandemic.

On March 23, On March 23, a journalist of the media project Watchers.Media Alina Kondratenko was denied access for a hearing at the Pechersk District Court of Kyiv to choose a measure of restraint for veteran Vladyslav Granetsky-Stafiychuk (Sorda) for the rally under the President's Office.

-On March 26, Alina Kondratenko, a journalist with the Watchers.Media media project, and Dmytro Khilyuk, an UNIAN correspondent, were not allowed to attend a session of the Pechersk District Court in Kyiv. The court session chose a measure of restraint for activist Roman Ratushny on suspicion of hooliganism during a protest rally near the President's Office on March 20. The refusal was justified by lockdown measures and the absence of journalists on the list. Instead, journalists of Channel 5, 1 + 1, the online edition Hraty, NPTU, and Channel 4 were allowed to enter.

- On March 30, Alina Kondratenko, journalist with the media project Watchers.Media, was not allowed to the hearing at the Darnytsa district court of Kyiv, by justifying that refusal with quarantine restrictions. The case of two accused in the abduction and murder of activist and participant of the EuroMaidan Self-Defense of Cherkasy region, journalist Vasyl Serhiyenko, was considered at the hearing.