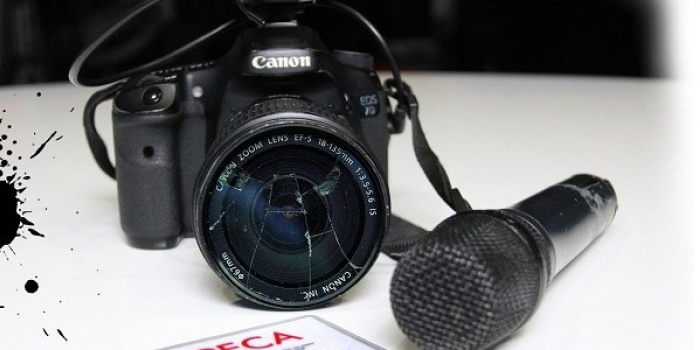 Within the period from January till September 2020, inclusive, the law enforcement officers registered 180 criminal proceedings for crimes targeting the journalists. Of these, nine indictments were brought for consideration to the court. Such is the message from the reply of the Office of the Prosecutor General dated November 2 to IMI's request regarding the progress of investigation of crimes against journalists.

The GPU Office reported that they had considered an IMI request that had been forwarded to them by the National Police.

Thus, 137 criminal proceedings were registered under Art. 171 (“Obstruction of lawful professional activity of journalists”) of the Criminal Code of Ukraine, of which 59 were dismissed.

41 criminal proceedings were opened under Article 345-1 (“Threat or violence against a journalist”) of the Criminal Code, of which 12 were closed.

So far, no decision has been made in 100 criminal proceedings. Nine indictments were submitted to the court.

As IMI reported, on November 2, Deputy Chief of the Main Investigation Department of the National Police Stepan Dovhun said that in 2020 the police launched a pre-trial investigation into 173 criminal proceedings related to obstruction of the legitimate professional activities of journalists. Indictments for 10 criminal offenses have been submitted to the court.

Within the space of 10 months in 2020, 184 violations of freedom of speech have been recorded. Physical aggression targeting journalists remains the main trend, which accounts for almost 80% of all violations.

It will be recalled that, during the first quarter of 2020 alone, 57 incidents were registered that had signs of criminal offenses against journalists, according to information provided by the Office of the Prosecutor General at the request of IMI.

In 2017, the law enforcement bodies brought to court 23 criminal cases over crimes committed against the media professionals.

In 2016, the law enforcement agencies have sent to court 31 indictments for crimes against journalists.

In 2015, 11 criminal proceedings under Article 171 of the Criminal Code were brought to court.