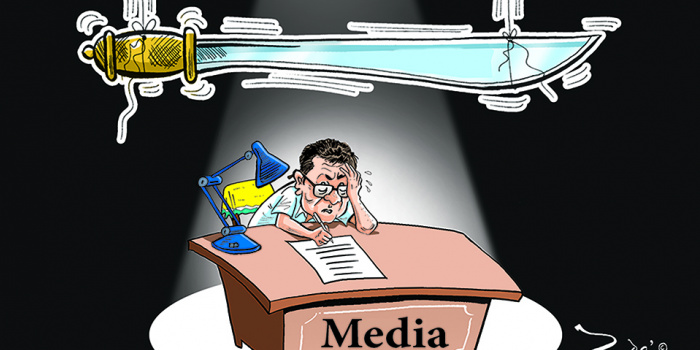 63% of Ukrainians consider independent media to be important for the democracy. This is reported by Public broadcaster with reference to researches Pew Research Center .

Pew Research Center conducted survey in 34 countries in 2019. The aim was to see how the peoples  perceive democracy in different parts of the world. Frdeedom of speech is considered as one of major element of democracy, as the survey proved. “The right to say things without government censorship is held in high regard among Western Europeans, Canadians and Americans, of whom about seven-in-ten or more say that it is very important to have free speech, free press and freedom of expression on the internet in their country,” as to the survey findings. Ukraine was not an exception, 63% of Ukrainians found uncensored media and Internet freedom to be very important for the democracy. The survey said, Ukrainians believed free speech is the second important element after fair judiciary. Such is the trend in the majority of countries surveyed by Pew Research Center. :"A median of 64% across the nations surveyed rate freedom of speech as very important, although, there is variation across countries; only 32% say this in India and Tunisia compared with 87% in Greece, Hungary and Argentina."

Pew Research Center is a nonpartisan fact tank that informs the public about the issues, attitudes and trends shaping the world. We conduct public opinion polling, demographic research, content analysis and other data-driven social science research. We do not take policy positions.