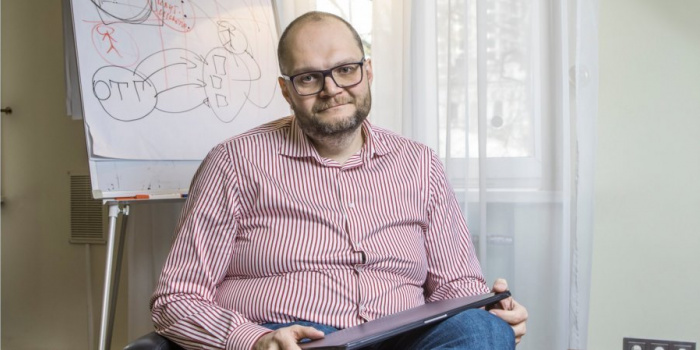 The TV channel, which will broadcast in the occupied territories, will operate on the basis of the UATV channel, about UAH 440 million ($16,5 million) are envisaged for it in the state budget, as  the Minister of Culture, Youth and Sports Volodymyr Borodyansky told interviewed by Novoe Vremya.

“In three months we will launch it. We have got funds for it. It will be based on UA ​​/ TV. Moreover, we are negotiating an option to get Ukrainian TV group content on this channel,” he said.

“We have about $ 440 million at UATV [this amount also includes funding of the Ukrinform news agency as well]. In our opinion, this is enough for today. Then, we will see,” he said.

Asked what result he wants to achieve with this channel, Borodyansky answered: “We want people in that territory to know the truth. We want people in that territory not to be guided by the manipulative thinking of Vladimir Solovyov, Olga Skabeyeva or anyone else. To make them understand that there is another point of view, a truthful one. We want to involve them in the dialogue and to find a common solution in this dialogue. That's all, ”the minister said.

As IMI reported, on October 30, Minister of Culture, Youth and Sports Volodymyr Borodyansky announced that in three months the new state Ukrainian Russian-language channel had to be launched.

On September 2, the Minister Volodymyr Borodyanskyi said that Ukrainian Russian-language TV channel is not the only possible tool for achieving the ideologist task and said the project’s expediency had to be considered.

On July 30, Deputy President of the Office of the President of Ukraine Kyrylo Tymoshenko said that a worldwide Russian-language channel would be launched in Ukraine in order to strengthen Ukraine’s position in the information fight. According to him, such a channel is needed so that Ukraine can fight for the minds of Ukrainians in the occupied territories of Donbass and Crimea, and for the minds of Russians in the territory of the Russian Federation. President Zelensky's team wants it to be a state channel.