In November, IMI experts recorded 19 violations of freedom of speech in Ukraine. 10 of them concerned physical aggression against journalists.

The highest number of violations was recorded in the category of "obstruction of lawful journalism" : eight cases, although these figures, as compared to October, have halved. 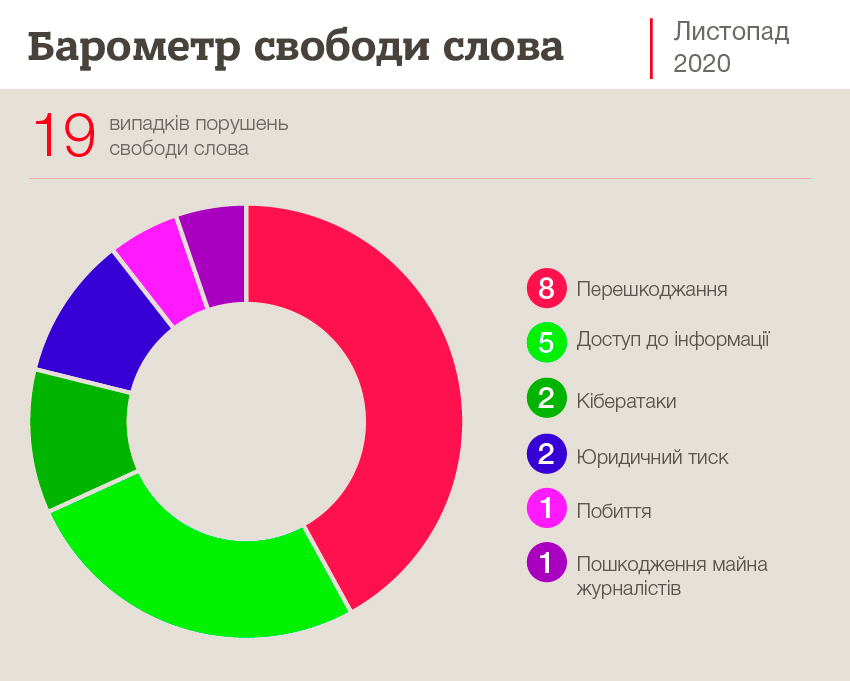 According to the monitoring, journalists were not allowed to attend the City Council session, the election of the university rector, not invited to a meeting with the president, kept indoors, some persons tried to destroy the journalistic equipment, attacked them on live, the TV channel office was mined in attempt to disrupt the candidates' debates. All this was done by ordinary citizens, as well as law by enforcement officers and government officials.

IMI also recorded five cases of restriction of access to information. The journalists were denied access to public information by the following administrators: the Zaporizhzhya Road Service, the Security Service of Ukraine (SBU), and the President's Office. 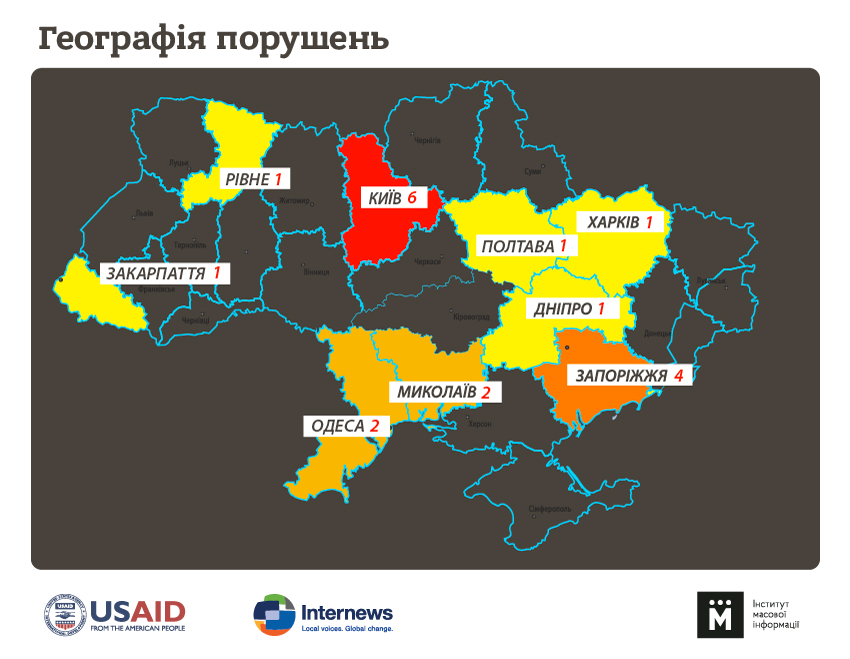 In addition, there were two cases of cybercrime and legal pressure on the media, as well as one case of beating and damaging journalists' property.

Violations were recorded in nine regions. Kyiv leads in the number of cases (six), followed by regions of Zaporizhzhya (four), Mykolayiv and Odesa (two each). One case was recorded in Dnipropetrovsk, Zakarpattia, Poltava, Rivne and Kharkiv regions.

Thus, since the beginning of the year, IMI has recorded a total of 205 cases of violations of freedom of speech, of which 155 are physical aggression against journalists.