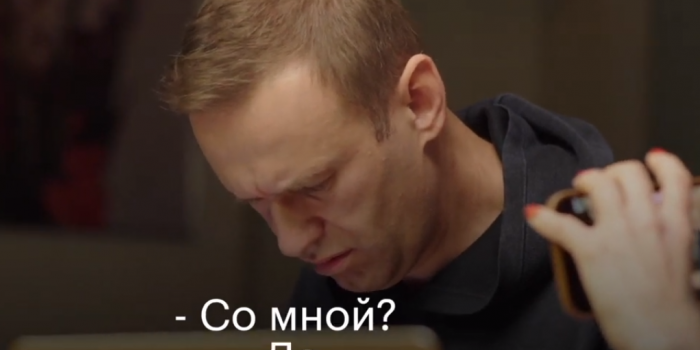 A telephone conversation that became the top news in the world media. Aleksey Navalny called one of the FSB operatives, Konstantin Kudryavtsev, introduced himself as an assistant to the head of the Russian Security Council, Nikolay Patrushev, and for 40 minutes he was interrogating him about what had gone wrong with the poisoning.

"Kudryavtsev has apparently confirmed that the FSB was behind the poisoning," the British Guardian reported.

On the first day, Navalny 's video on this telephone conversation was viewed by more than 10 million Youtube users.

During the same period, 70+ thousand people read the same news on Ukrayinska Pravda. This news became the second top one of the day in terms of the number of hits for the UP site.

However, not all Ukrainian media reported that Navalny had exposed an FSB operative. I found 13 sites that failed reporting it (at least on the day the video was published Here are these sites:

Being on this list of pro-Russian media sites of Medvedchuk and Firtash-Levochkin TV channels, as well as the site "Holos" would be related to the communist Petro Symonenko does not raise questions. In Russia, Navalny's name is taboo for federal-controlled media. Their landowners in Ukraine work by the same rules.

No questions as well for the sites "Politeca" and "Znay", which constantly lead as violators of standards in the research study of the Institute of Mass Information.

The questions arise for the media from the sphere of influence of Petro Poroshenko - the sites of "Channel 5" and the TV channel "Pryamyy". Despite the fact that the news was broadcast on Channel 5, the point is more complicated as to “Pryamyy” TV: there was no news on this talk, but in other projects of the channel this event was mentioned and discussed.

Questions arise for RBC-Ukraine and Interfax-Ukraine, which position themselves as news media leaders, independent and objective.

And the question arises to the site "Suspilne" - the largest independent media company in Ukraine.

And the main question is: why these mass media ignored the high profile news? Is it a kind of censorship, self-censorship, or something else?

The answer is obvious for the pro-Russian media. This is censorship, self-censorship.. For others, the question is open.

I heard a colleague of mine to explain it: it is enough to think in the paradigm of "what's up in Moscow." Yes, this is enough, but there are different scales of news.

A simple example. On the same day, the "Suspilne" website publishes the news " In Volyn, a man robbed a grocery store three times ." This is an important news for the local police, store employees and the 50,000-strong city of Novovolynsk, where it happened. Maybe even for the regional media it is newsmaker, but with a less importance. For the national media, this is not the news at all.

The same would be for the Ukrainian media something like this happening somewhere in Russia. "In Moscow, a man robbed a store" - a dubious newsmaker. If this person is not Putin)

But the story of Navalny's poisoning, the revelation of the FSB's involvement in it, and the ties that point at Putin are world-class news. As the world media confirmed, it was not just a separate piece of news, but one of the top ones.

To better understand why: for them it's like "Petrov" - "Bashirov" tell how the poisoning was committed in Salisbury.

So Navalny's exposure of the FSB's involvement in its poisoning is not about "what's going on in Moscow."

If someone from Putin milieu wants to hide information about the FSB's exposure in another poisoning operation, this is important news for the Ukrainian media. Since Navalny is just another Kremlin opponent whom they signed a death warrant. And there are people from all over the world who are on this hit list. It''s very probable, there are some Ukrainians on this list.