RSF warns against ineffective and counterproductive draft bill on disinformation

Representatives of the media sphere and civil society attended today an open discussion to weigh in on a draft bill tackling disinformation. Reporters Without Borders (RSF), concerned that the proposed legislation could prove detrimental to freedom of information, puts forward its recommendations for the Ukrainian government and legislators.

Presented on 17 January by the Minister of Culture, Youth and Sports, Volodymyr Borodyansky, the draft bill on disinformation is meant to protect the information sphere in Ukraine, guarantee access to exact and balanced information, and increase media literacy. It is expected to reach parliament in March. Since the 130-page draft bill was first made public on 20 January, the measures have encountered wide criticism. In a statement published by the Institute for Mass Information, media professionals and NGOs called for the “dangerous” and “unacceptable” draft bill to be abandoned and for legislators to return to the stage of elaboration. They warn that it contains measures that would excessively control the media landscape and information exchange and place the working status of journalists in jeopardy.

The issue of disinformation having an impact on the quality of information in Ukraine, RSF is aware of the need to regulate the information and communication space to ensure that every citizen has access to independent and reliable information.

However, in its current form, the draft bill may prove ineffective or even counterproductive, and has the potential to seriously infringe upon freedom of opinion and expression and to undermine  press freedoms.

The draft law introduces a criminal liability for spreading disinformation. RSF is concerned about the use of the term “disinformation”, which may place excessive pressure on journalists and infringe on their right to freedom of expression and information.

The draft law also provides that "information disseminators" (users of social networks who make their posts readable by everyone) are allowed to disseminate only reliable information and will have to verify the authenticity of the information beforehand. Such an obligation would make it possible to punish in court everyone who simply shares content considered as disinformation by the authorities.

The creation of a new entity with unclear powers

The draft bill establishes a new body that will be responsible for both handling notifications of reported or flagged content and ensuring the removal of disinformation. RSF is concerned about the lack of information regarding the role and powers of this entity.

This body would have the power to judge the veracity of content. As it currently stands, the proposal grants excessive discretionary powers of application to the authorities.

RSF would like to highlight the fact that this draft bill is treating not the cause of disinformation, but rather its symptoms. Indeed, RSF regrets that this bill does not aim to increase the transparency of algorithmic mechanisms - mechanisms aggregating, sorting and prioritizing information online - which enable disinformation campaigns to achieve greater visibility. It is these algorithmic mechanisms that give so much importance to the fake content, thanks to the mechanisms of virality that they confer to them.

The draft bill establishes the creation of a new body: the Association of Professional Journalists of Ukraine. This special entity, shaped by the State, is supposed to be independent and would be the only entity authorized to deliver press cards. Only journalists that are members of this association will have the status  of “professional journalists”, others will be considered as “journalists”. Ordinary journalists will lose some of their professional protections, such as the ability to be accredited by governmental bodies, to enter and work in conflict zones, and their rights to criminal protections according to special articles of the Criminal code.

Finally, RSF is concerned about the creation of an index of trust granted to media outlets according to criteria approved by the State Commissioner.

From the information RSF gathered, this index would rank media outlets based on their ability to comply with journalism ethics and standards, with the aim of assisting users in identifying credible sources of information. Though participation would be strictly voluntary, RSF is concerned that such an index could lead to a form of prior authorisation to speak out and disseminate news and information or to some form of censorship or arbitrary discrimination. Rather than ranking media outlets, RSF recommends that the Ukrainian government promote self-regulatory tools that favor compliance with professional norms and ethics.

In that regard, RSF, in partnership with the European Broadcasting Union (EBU), the Global Editors Network (GEN) and Agence France Presse (AFP), launched the Journalism Trust Initiative. This standard features 18 clauses that range from ownership and sources of revenue to the editorial process, including topics such as correction policies, the labelling of opinion or sponsored content, and ensuring accuracy. Media outlets could conduct self-assessments and disclose the results voluntarily. 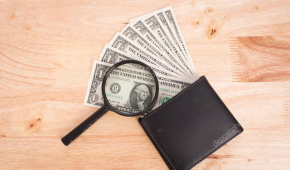 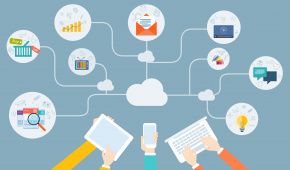 Due to quarantine 22% of journalists face financial troubles – IMI’ research 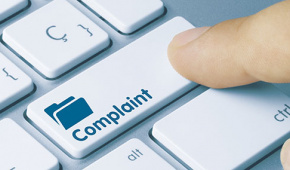 One year of Mediacheck intiative: over one hundred complaints, over forty resolutions
Want to learn first about the new research of the Institute of Mass Media? Subscribe to the newsletter!