"Regrouping," not "retreating:" how Russian media were covering the UAF's counteroffensive 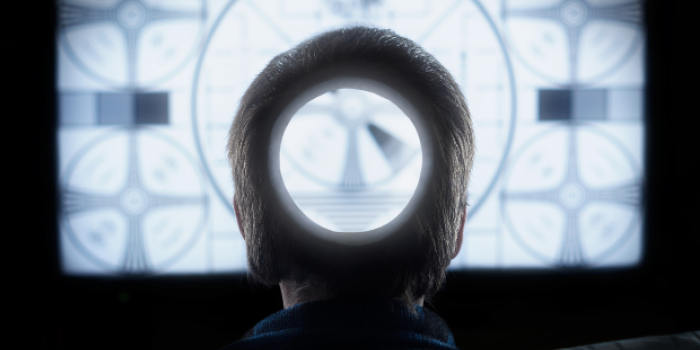 The Russian media's coverage of the Ukrainian offensive in Kharkiv oblast was quite sluggish, an attempt not to dwell on this information too much. Despite the events on the Kharkiv section of the front line developing extremely rapidly, the largest Russian information resources, such as RIA Novosti, TASS, and Lenta.ru, had very little news about the situation – literally one per day.

One got the impression that the propagandists had not received any instructions from the Kremlin on covering the situation in Kharkiv oblast, so there was little information and it mainly concerned the humanitarian aspect of the offensive.

For this article, IMI experts have analyzed all the news on the websites of five Russian mass media (RIA Novosti, TASS, Lenta.Ru, Novorossiya, and Komsomolskaya Pravda) during September 11 and 12, 2022.

Propagandists were deliberately creating the illusion that the settlements that were returning to Ukraine's control had little strategic importance. The Russian media were repeating the statements of the Russian Ministry of Defense regarding the regrouping and strengthening of the military formations in the "DPR," but admitted that there was a danger of Russian troops being surrounded in the Izyum area.

Vitaliy Ganchev, a Kharkiv collaborator whom the Russians had appointed a supervisor in the occupied part of Kharkiv oblast, mentioned the UAF outnumbering the Russian group in Kharkiv oblast in his comment to Lenta.ru:

"'As to the forces that were trown into the Ukrainian army's counteroffensive, they were at least eight times bigger than ours. This is why I think that the decision to retreat and regroup was made with the purpose of saving the personnel,' the official explained." Screenshot from Lenta.ru

This phrase follows the well-known Russian narrative "we never abandon our people," i.e. the the Russian military's retreat is explained by the need to "save personnel."

At the same time, Ganchev was spreading a fake about the Ukrainian military allegedly shooting civilians in the de-occupied areas of Kharkiv oblast. "The head of the Kharkiv MCA Vitaliy Ganchev said that mercenaries were shooting people down in the streets of Kupyansk and Velyky Burluk," writes Lenta.ru. According to the collaborator, this was done in order to blame the Russian military:

"Earlier, Ganchev reported the Ukrainian mercenaries shooting civilians to stage an anti-Russian provocation. 'As I understand it, they need to purge these cities. And make it seem that this is how the Russian army was torturing people while they were here, with corpses lying in the streets,' he explained." Screenshot from Lenta.ru

In their news reports about the retreat, Kremlin propagandists were focusing on the "thousands of civilians" who were allegedly hastily fleeing the liberated settlements of Kharkiv oblast to go to Russia.

For example, Kremlin resources were citing the touching story of a certain Oksana Kryuchkova, who had fled from Kupyansk to Belgorod. The woman said that at the state border crossing, the Russians fed her and her children and showed them much hospitality, but for some reason, they needed to call a doctor for her child after this, because the child had a tummy ache.

"As the family was waiting at the border, a bus arrived and took her and her children on board, everyone received food and drinks. 'My child had a tummy ache, we called a doctor. They gave the kids some juice and snacks for the road. For the first time, I felt that somebody cared about us. After that, I waited for my husband here, they gave us beds and some clothes for the children,' the woman says."

The Russians housed the evacuated residents of Kharkiv oblast in the House of Culture in Logachyovka village, Belgorod region. Nelya Faustova, director of this HC, told Kremlin media about receiving them: "They were trying to send everyone as far away as possible, to get them to a temporary accomodation center in Belgorod by bus. All were provided with hot food, warm clothes, diapers for small children. Each received a bed here. We have an ambulance on duty, many people turn to doctors."

Amidst the counterattack, Kremlin resources began to actively quote Kadyrov, who promised an "interesting surprise" for the Armed Forces: "Our soldiers have prepared an interesting surprise for the Ukrainian gang formations, as everybody will soon learn. Well, I won't reveal the cards yet," Kadyrov told RIA Novosti. Later, he started making more specific promises:

"'I officially declare that all these cities will be returned, we already have our people there who are especially prepared for this job, and another ten thousand fighters are ready to depart,' Kadyrov's message on his Telegram channel says." Screenshot from Lenta.ru

Kremlin propaganda tried to divert people's attention from the retreat, making promises with specific details and mentions of the scary "Chechnya units." For example, they publicly named the person who was supposed to carry out the "operation:" "State Duma Deputy Adam Delimkhanov, leading a division from Chechnya, began to carry out the tasks of the special military operation in Ukraine," Lenta.ru wrote.

To conclude, the propagandists were explaining their defeat with claims that the operation in Kharkiv oblast was being carried out by NATO units, allegedly controlled right from Washington: "Washington's special services were consulting Kyiv on combat operations near Kharkiv."

It is notable that the propagandists were not using the word "retreat," but instead were using neutral and less emotional wording such as "regrouping," the Russian troops "leaving" settlements in Kharkiv oblast:

Society perceives information through articulation and words, therefore Russian propaganda is creating neutral names for a more passive and less emotional coverage of the war in Ukraine. Since the Russian troops fleeing under the UAF's pressure can directly affect how the Russian society assesses the situation, propaganda is adding new and increasingly meaningless lexemes to their "newspeak."