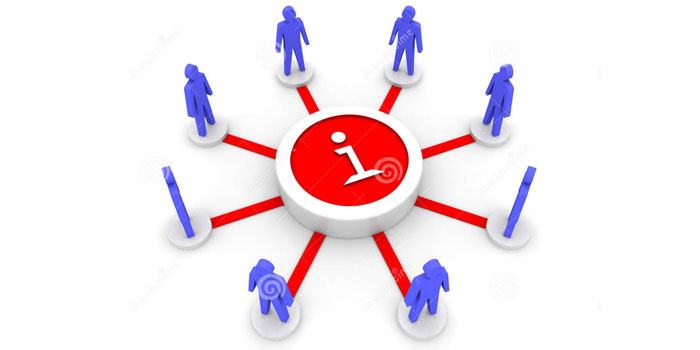 This is exactly what Ukrainians do expect from the head of state, as it is evidenced by sociological research. Thus, according to the results of the sociological poll of the Democratic Initiatives Foundation and Kyiv International Institute of Sociology, Ukrainians perceive the ceasefire in the Donbass - 71.5% as a priority task for President Zelensky and his team.

In October, a series of significant developments in the topic of conflict resolution in the east took place. One of the most important topics was the approval by the Ukrainian side of the so-called "Steinmeier formula", which includes a number of political and social measures, such as elections in the occupied territory of the East and giving it special status.

NGO "The Institute of Mass Information" conducted a survey of 10 online mass media to find out how much information on news sites was devoted to the topic of the conflict in the east, and what sources those media used speaking of the war. We also explored what major topics the mass media covered while speaking of the war conflict.

As for the sources of information, the mass media got the information about the war foremost communicating with the Ukrainian politicians and officials, security and defense agencies (Joint Forces HQ, Ministry of Defense, police, military battalions). The third source of information were international institutions and political leaders from other countries.

Overall, the survey revealed that 64% of war reports in the east covered the issues related to conflict regulation and the Steinmeier formula.

Most often in the news about the war in the East, the mass media had recourse to Ukrainian politicians and officials as sources of information. In particular, as many as 24% of the total amount of news about the Joint Forces Operation was based on political statements. This was primarily the case for the topics of Donbas conflict resolution and high-profile Steinmeier formula.

In several cities, including Kyiv, protests have taken place:

A number of City Councils have condemned the decision to sign the "Steimeier formula":

All political parties in the Verkhovna Rada outspoke about the signing of the "Steinmeier formula". However, except for the pro-presidential party, only the “Opposition Platform - For Life” (OPFL) and its representatives welcomed this event. The website of the channel 112th , one of the mouthpieces of this political force, was actively propagating the stance of the OPFL:

Instead, the other three parliamentary parties - the EU, the Voice and the Batkivshchyna – have at first condemned that political decision:

And the next day, all of them, they sought explanation from the President:

However, the gross blunder relative to interpretation of the formula came from a MP from the "Servant of the People" Mykola Tyshchenko, who tried to explain the principle of this agreement to journalists through allegories of an blow-up doll:

Almost all of the surveyed media published this news. Of course, this was not the clearest explanation, but certainly the most original one.

It should be noted that in Ukrainian politics more and more they are adopting the favorite way of communicatiion with Ukrainians that the President Zelensky had : "with no intermediaries", thanks to video addresses. For example, Petro Poroshenko and his faction and Vyacheslav Vakarchuk also recorded a video their addresses regarding the signing and implementation of the "formula".

According to last year's IMI monitoring of coverage of topics related to the Joint Forces Operation, the main source of information about Joint Forces Operation were defense agencies, which accounted for 37% of the total amount of materials. As of 2019, that figures had decreased and made 16%, with politicians coming out on the top. According to IMI experts, this is primarily due to the change of agenda, the presence of important political reasons and the emergence of new faces at power.

The defense and enforcement agencies continue to regularly inform the public about the situation in the war zone and the сcasualties among our military. It should be noted that all the monitored media, at least once a day, publish the news from the combat zone, and the source of this information was mainly the JFO headquarters.

In addition to the information on the shellfire, the JFO press center also reports on the humanitarian component at the demarcation line:

The police reported on the criminal situation in the region:

International structures and leaders of other countries

News with the international structures and political foreign leaders became the source of information, accounted for 12% of the total amount of JFO materials.

Like Ukrainian politicians, foreign organizations and government agencies actively responded to the signing of the Steinmeier Formula in Minsk. Most international institutions and leaders spoke positively about this demarche:

However, Ukrainians abroad also expressed their opinion. And it was different from the position of the political leaders. For example, representatives of the Diaspora asked President Volodymyr Zelensky to assure the world that Ukraine's independence and territorial integrity were not negotiable.

About 8% of the information from the total amount of materials about the JFO came from President Volodymyr Zelensky, experts and other mass media.

However, after the press briefing Zelensky kept his character and recorded a video address speaking on that issue. Both events had some echo in the media.

Only 5.5% of the stories on the conflict settlement were produced as proper material of the mass media, and these were mostly analytical materials, most of them interpreting the “Steinmeier formula”.

The most high profile topic during the monitoring period in the coverage of the conflict in the east was the approval and signing of the Steinmeier formula in Minsk. As a whole, 64% of the total amount of materials about the JFO was devoted to the topic of conflict resolution, which included the Steimeier “formula” issue.

It is curious to note that the very information about the fact of approval and signing of the "Steinmeier formula" got to Ukrainian media from Russian propaganda mass media.  Therefore, only part of the sites disseminated this information with reference to the Russian TASS news agency, and some were waiting for confirmation by the Ukrainian authorities.

Among the sites surveyed by IMI, only two of them provided this information with reference to the Russian media - "Korrespondent" (" Steinmeier formula was signed in Minsk – mass media ) and "Strana" (" Ukraine signed Stenmeyer's formula in Minsk ").

However, “Strana” had reported eventuality they sign this agreement as early as September 30, citing Russian Interfax.

Other media outlets waited for President Zelensky's press briefing and informed of the news after 7pm on October 1.

The statement of the self-proclaimed leaders of the so-called “L / DPR” Denis Pushilin and Leonid Pasichnik, who declared that Ukraine will not receive any control over the border with Russia, has been widely propagated: “When he (Zelensky. - Ed .) says that the elections on Donbass will pass only after Ukraine gets control of the border, he does not realize well that it is not up to him to decide when we have elections, but up to us to do. At the same time, the leaders of the separatists, evaluating the formula, stubbornly neglect the fact that, in compliance with this document, elections in the occupied territories should take place under the Ukrainian law and only after the full establishment of peace and the withdrawal of troops.

Representatives of the Russian aggressor country called the signing of the compromise:

Withdrawal of troops from the war zone accounted for 10.5% of all stories on the conflict in the east. This figures are correlating with the military activity of the militia and depends on the number of shellfire and on the Ukrainian casualties.

The coverage of the situation in the occupied territories in the media accounted for 5.5% of the total amount of materials about the JFO. This included materials about occupied parts of Donetsk and Lugansk regions, as well as occupied Crimea. Mostly it was the information about the self-proclaimed political leadership of these areas ( " Aksenov resigns as head of occupation government of Crimea ") or social initiatives of self-proclaimed governments ( "Population census in Donetsk, Lugansk and Donbass in non-controlled territories started on October 1 ").

It is curious to see, the most of the information from the occupied territories gets to the media from social networks. For example, the source of information in the news " In Crimea propagandists from Russia beaten  " was the blogger Vitauskas from the social network Twitter, and in the news " In Crimea mocked the anti-terrorist railway station in Simferopol " the source were Twitter users.

In general, the media promptly and responsibly covered the signing of the "Steinmeier formula", as evidenced by the fact that only two out of ten submitted this news with a link to the Russian propaganda site, while the others waited for reactions from the Ukrainian authorities.

However, it should be noted that the number of materials on conflict-affected groups is low and amounted to only 4.5% of the materials. At the same time, this was mostly information about veterans and some stories covering the volunteers. No reports on internally displaced people were found during the monitoring period.

The total sample was about 8 thousand materials.

This research was made possible by the support of the American people through the USAID Media Program in Ukraine, implemented by the international organization Internews Network. The content of this material is the sole responsibility of the Media Institute NGO and does not necessarily reflect the views of USAID, the US Government, or the Internews Network.